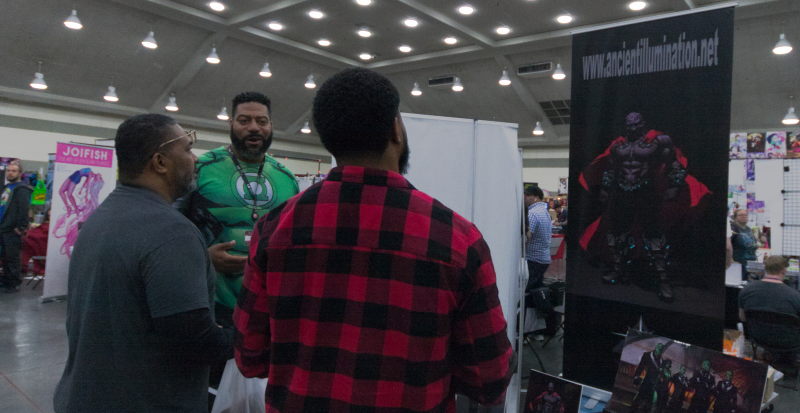 Baltimore Comic-Con has always had a healthy prose showing in artists alley. There was the year I was introduced to Coral Hare. And, as I mentioned in my interview with Tom King (and he mentioned the same story at Saturday’s Ringo Awards), I first met him when he debuted A Once Crowded Sky at Baltimore Comic-Con. So I always like to check out what kinds of books are represented at Baltimore Comic-Con. Rod Van Blake was at the show with a book called Ancient Illumination that was a military science fiction and space opera. During our interview we discuss his qualifications for writing military fiction and some of the metaphors encoded in the races represented.