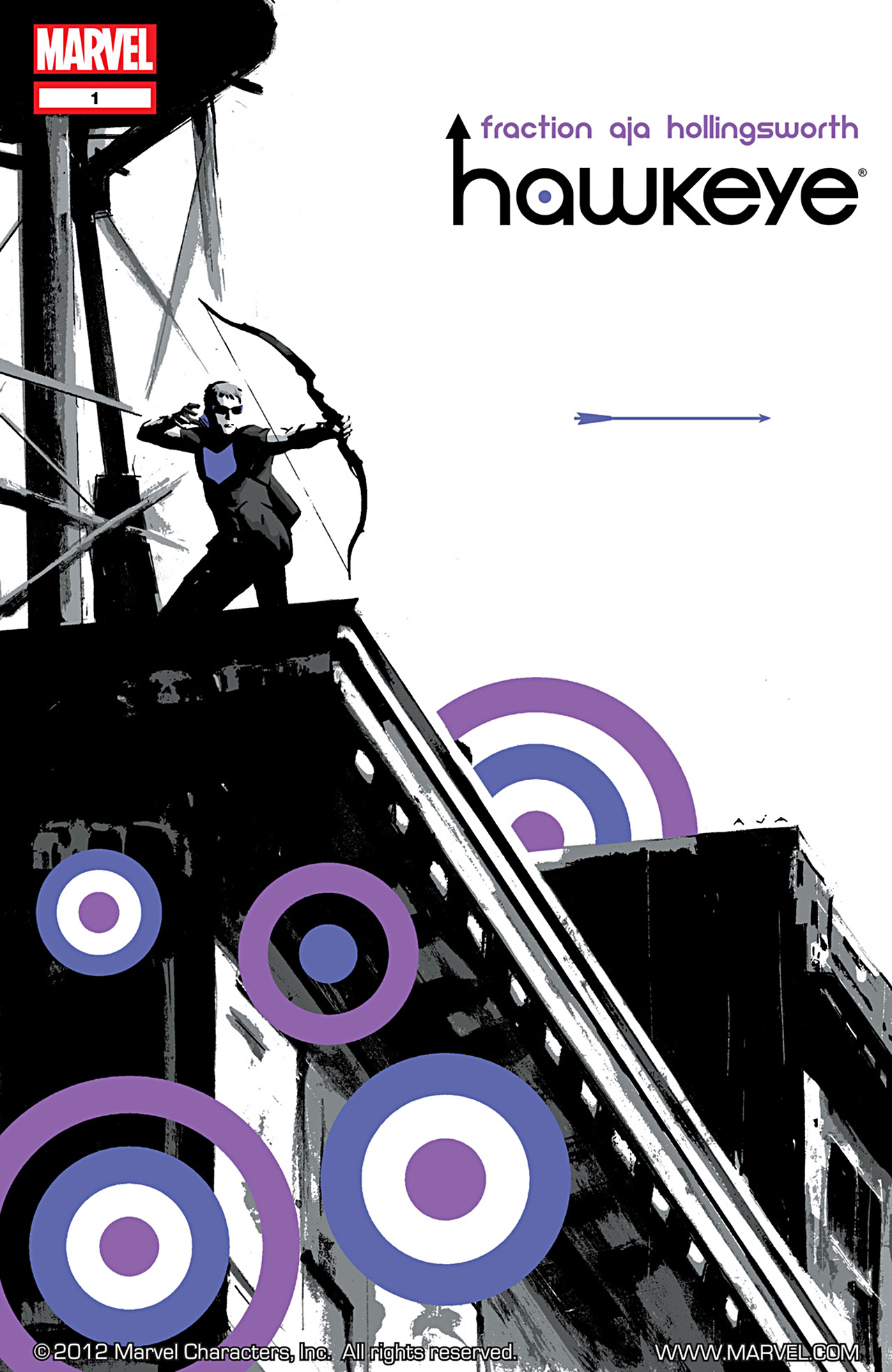 When I’m reading a story – in comics or otherwise – I do my best to notice and evaluate all of the elements that the creator or creators have included. It’s easy for me to do in novels; years of English classes from grade school through grad school taught me how to discern the messages that authors included below the surface of the text. I sharpened my skills by learning to do similar interpretations of television and movies… and then I discovered comics.

In a novel, the author’s writing style or choice of details can be the difference between the story being the next Harry Potter or a complete flop. In comics, there’s a delicate balance between the story and the art – they really have to work together to deliver the finished product to the reader in a way that novels don’t have to worry about. If the story isn’t great but the art is, the art might be able to sell the story for a while, but probably won’t be able to carry it for too long; the same goes for a brilliant story with terrible art. A book with an okay story and okay art will probably hang around for a bit, but won’t really succeed.

Occasionally, an interesting story with art that is otherwise good has a panel that makes you cock your head, which can take you out of the story and potentially lessen your enjoyment of the issue or arc as a whole.

For the most part, the story and the art in any given comic really do work together to present a cohesive narrative. There might be a panel here or there the makes you raise an eyebrow, or a line that sounds really weird for the character you’re reading, but a lot of that can be attributed to how often the creative teams behind a given comic change. Transitions between writers and artists can sometimes create some hinky things, though they tend to smooth over eventually.

Every once in a while, though, there’s a comic with a creative team that isn’t just on the same page, or even in the same paragraph – it’s like the author and the artist are finishing each others’ sentences. The words wouldn’t be able to tell the story on their own, nor would the art, but together they make a masterpiece. The current run of Hawkeye is that kind of book.

Writer Matt Fraction works with artists David Aja and Javier Pulido as well as colorist Matt Hollingsworth to tell us all about Clint Barton, known to comic fans and moviegoers worldwide as Hawkeye. Unlike in a lot of heroes’ solo titles, we don’t get a look at Hawkeye’s solo stints; instead, we get a glimpse into what Clint is doing when he isn’t being an Avenger.

We also get to see Clint team up with Kate Bishop, who also goes by the codename of Hawkeye. (Clint was a ninja for a while. Sort of. It’s complicated.) She’s smart and sassy and is constantly in place to take Clint down a peg when he gets a little too full of himself, but is also always in there for Clint when he’s having a bad time. She isn’t his sidekick; she’s fully a hero in her own right. Their friendship is one of the high points in a book full of really great things.

The other main character to date is Pizza Dog, the dog that Clint rescued and sort of unintentionally adopted. Pizza Dog was originally named Arrow; Clint changed it to Lucky, but he’s widely referred to as Pizza Dog by creators and fans alike, since he came to Clint’s rescue in the first issue after Clint fed him a slice of pizza.

The art style that Aja and Pulido use doesn’t have your standard superhero comic look. With allowances given for differences in how individual artists draw, a lot of art in superhero comics looks the same; you have your heavily muscled heroes with form-fitting costumes and then you have your villains in quirky, borderline-ridiculous costumes. (Sometimes they skip “borderline” and go straight to outright ridiculous.) That isn’t so in Hawkeye; in the first issue, Clint’s major fight scene is done with him in business casual…

…and his opponents are dressed in track suits.

It adds a sense of realism to the whole idea that Clint is just a guy with a weird skill set who deals with bizarre problems, but is ultimately just a regular person. He doesn’t wear a stylized American flag on his chest, nor does he have an armored suit or magical abilities or anything like that. He’s just Clint, and his enemies are, for the most part, the kind of bad guys you hear about on the news, not the fantastic kinds of enemies you encounter in a lot of superhero titles. The way that they’re drawn brings that realism into the characterization that Fraction writes. It all works together to really make you feel like you’re reading more about Clint Barton, a regular guy with a serious case of sarcasm and pretty awful luck, instead of Hawkeye, Avenger of the Day.

Another thing that makes the art essential to the story in this book is that it really gives you the sense that you’re seeing things as Clint sees them. It’s not drawn as if it’s snapshots of the action; instead, you get a very Clint-flavored view of his surroundings.

This isn’t to say that the art is inaccurate; I think it’s more realistic, in a way, than more accurately rendered art would be. In a book that’s giving us Clint behind the scenes, it makes sense that things are shown to us as he sees and interprets them. It’s a great example of how the art adds to the overall story in a way that the writing wouldn’t be able to convey.

The style is also fairly simplistic. It’s not quite sketchy, but it doesn’t have the polished feel that a lot of other books have – which is absolutely part of its charm. There’s also a definite throwback feel to some of the art, and that retro look helps set the tone as well. Again, it adds to the feel of this being Clint’s story told from Clint’s point of view.

The art also does some really cool things with timing. Clint is an archer; being on downtime doesn’t change that. There are a lot of instances of him using his archery in non-Avengers-related situations; we also get a lot of panels with him practicing his archery. Sometimes we’re shown how Clint uses it as a sort of stress relief; other times we get to see how he uses it to intimidate the mobsters that are trying to intimidate him and the rest of the people in his apartment building. The really neat thing that stood out to me, though, is how, in one practice scene, we see him thinking through the steps he takes in order to make a clean shot – and we see how quickly he does that.

The art does a great job of illustrating everything that goes into that kind of shot, from drawing the bow to firing. The way it’s done – comparing the thought processes and movements how long it takes Kate to say “That’s cool” – really brings home how skilled Clint is at what he does. Fraction could easily have chosen to have Clint say something about how fast he can shoot, but having Aja show us that it only takes him a handful of seconds – maybe even less that that – to nail a shot in a practice situation goes a lot further than listening to Clint either brag about or downplay his abilities.

Of course, the art can also be used to convey a lot of jokes that wouldn’t make sense in the printed word. In Hawkeye #3, Clint meets a woman and ends up sleeping with her… only to have the track suit-wearing bad guys from earlier in the series show up with automatic weapons. Clint and his lady friend are just rolling out of bed, and they haven’t quite gotten to the clothing stage of getting ready yet, so we get this:

The way the art is used here is a stroke of genius, and there’s no way that I’ve been able to think of to convey the same kind of humor without that little helmet firmly in place. Sure, Clint could say something like “Yeah, it sucks to fight naked,” but it loses a lot of the effect in the explanation.

The coloring that Matt Hollingsworth does in the book deserves its own mention. By using a limited palette based largely in purples – Hawkeye’s traditional color of choice – Hollingsworth is able to help create a really striking comic. It sets the tone of the series, and is used to great effect – when something isn’t in the muted purples and grays that we’re used to seeing, you know that it’s something that you need to notice. It stands out right away, and so far, it’s been extremely effective.

There are a lot of comic books in which the art and the writing work together to present you with a cohesive story, but the team behind Hawkeye has really taken it to a new level. The art is eye-catching, the colors are interesting, and the writing is excellent. It’s a book that I almost always read the second I get my hands on it – I can’t wait to see what they’ve done next. And even better – there are always new things to notice on a reread, little details that you wouldn’t see until you had the whole story already in your head. It’s an excellent read. (And rumor has it that Pizza Dog is running the show next issue. If that doesn’t sell Hawkeye, I don’t know what could.)

Hawkeye: My Life as a Weapon. Written by Matt Fraction; art by David Aja and Javier Pulido; colors by Matt Hollingsworth. Published March 2013; collects Hawkeye #1-5 and Young Avengers Presents #6. Find it on Amazon.

Comments? Questions? Have another example of where art helps or hurts the overall story? Leave a reply! I’ll be happy to talk comics with you.

13 thoughts on “Art and the Feel of Hawkeye”