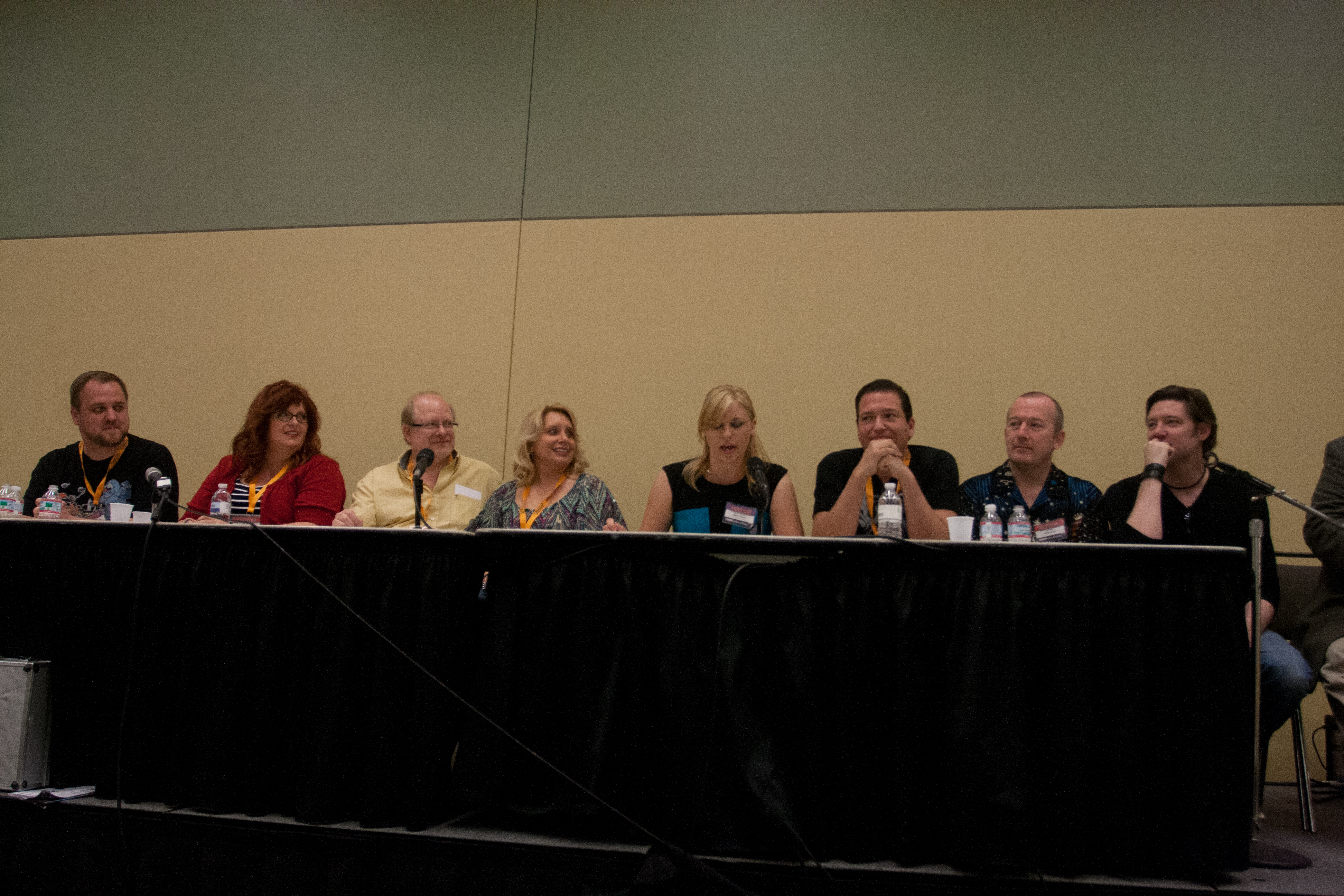 There are lots of great books to read about the comics code and why it came into being. I recommend The Ten-Cent Plague: The Great Comic-Book Scare and How It Changed America

. The neat thing about this panel was having Jim Starlin talk about how it did or, often, didn’t affect his writing. It appears that he took the stance that he’d write what he wanted to write and it was up to the editors to tell him to change something because of the comics code.

Based on this crazy panel, it sounds like Dynamite is a pretty fun place to work full of very fun people. Long-time readers of Comic POW!  Know that I’ve been migrating away from the majority of Marvel and DC’s output because I’m in search of stories that end and also because (with Marvel in particular) for someone like me who’s a real fan of the universes they create, it just takes too much money to follow the characters I care about. What’s interesting about Dynamite vs Image is that Dynamite licenses the rights to make comics from the people who own the rights to the characters. It makes for a very interesting variation from what the Big Two do. In both cases the writer doesn’t own the characters, but Dynamite appears to reboot the characters each time around, so the creators don’t have to be burdened with the continuity of the previous creator.

Gail Simone is a riot. I knew she was a little crazy on Twitter, but everyone’s a little crazy on Twitter. But Twitter seems to be pretty accurate to her awesome personality. What I really enjoyed about the vibe here at Baltimore Comic-Con is that attendees expressed their passion for characters that Simone has written while remaining completely respectful. Everyone respected when Simone could talk about things frankly and when she had to keep quiet (either because things weren’t ready to be revealed or out of professional courtesy). I don’t know if it’s just that the loudmouths make the news at the other conventions, but it was nice (compared to forums) for everyone to be gentlemen and ladies. Two big things I took away were that Gail Simone REALLY cares about the characters she writes and that she can sometimes scare herself with the stories she’s writing. Also, she’d like to makeover nearly all comic character hairdos. I wonder if she liked the 60s hair in Hawkeye?