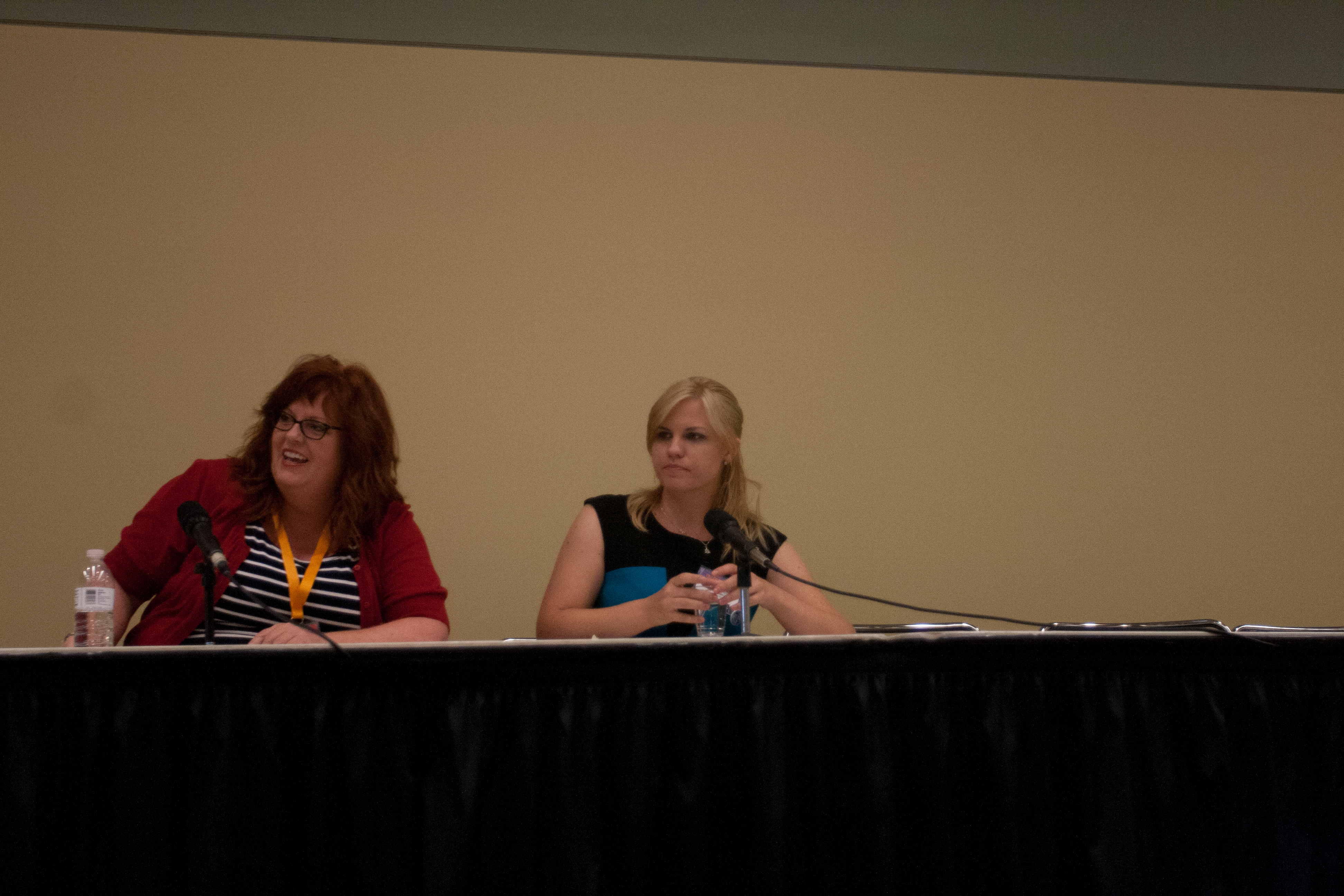 If there was one person who could rival Mark Waid for being mostin-demand at Baltimore Comic-Con 2014, it was Gail Simone. This writer was on multiple panels, gave the keynote speech at the Harveys, and spent nearly every OTHER hour of the convention signing autographs and speaking to her fans. But after reading her first Secret Six arc and her first Red Sonja arc, I REALLY wanted to talk to her. So, I think it was quite fitting that my Red Sonja analysis was one of the shortest I’ve written since the relaunch of the site and this interview is the shortest one I did at Baltimore Comic-Con 2014. I spoke to her about one of the key issues I’ve seen across her work: sisterhood.

She touches on fatherhood in Birds of Prey and if I hadn’t been so nervous from taking away time from an incredibly long line of other fans, I would have mentioned that I also saw fatherhood issues when I read Red Sonja. I think it’s quite important that Gail Simone sees the importance of sisterhood in storytelling. While it’s a real facet of life (I see with my wife and her sister), when it comes to storytelling, we’re left with women fighting with each other and competing for status or for a man. While that also does happen in real life, it’s annoying to only see the negative aspects displayed in most of our pop culture. Many of my other questions about were answered in her other panels. (Sometimes asked by me!)

Gail, if you read this, thanks once more for taking time to speak with me, I could have geeked out with you for hours if only I could have poofed everyone away from the convention. Maybe I’ll get Molly to set it up …. somehow.