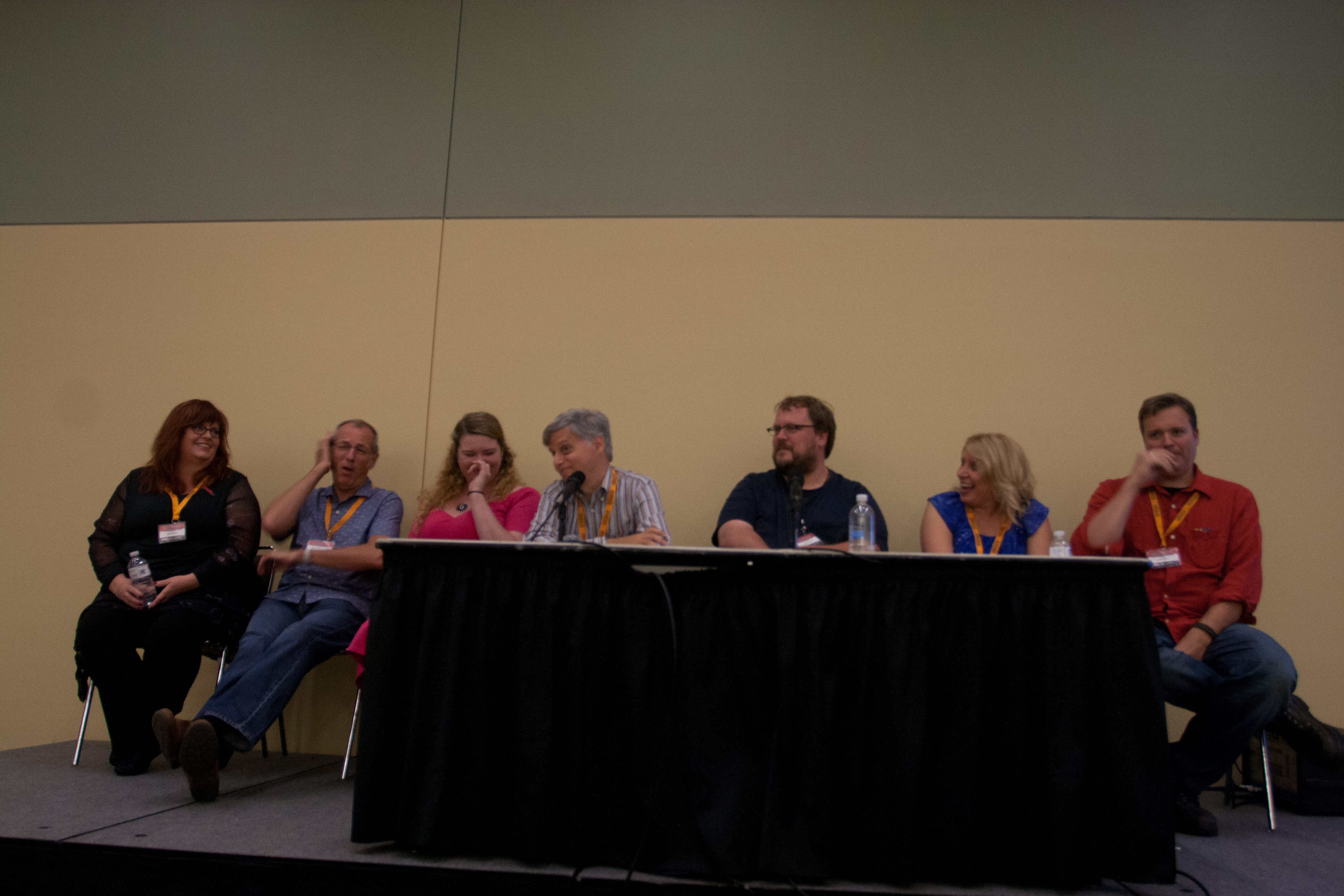 I attended three great panels on the first day and brought back some not-so-great audio. At least on the first two, I forgot to change the settings from “They’re right here” to “They’re over there” so I had to amplify it and, in the process, amplify noise of anything around like me fidgeting. Still, I think there was a lot of good info in these panels.

Mark Waid who runs Thrillbent as well as writing for Thrillbent (in addition to what he does for Dynamite, Marvel, etc) was there with other artists and writers from Thrillbent to give a crash course on the publisher in addition to introducing a number of their stories. When I spoke to Mark 2 years ago, the site was just trying to stand back up after a DDOS attack. Insufferable was being published, but other than The Damnation of Charlie Wormwood, nothing else had been announced. Now there are tons of comics running, including the amazing-sounding Empire, as well as kids comics Everstar and Albert the Alien. The biggest change is that Thrillbent has gone from everything being completely free to being available for $3 for an all-you-can-read buffet like Netflix. The good news is that there are still DRM-free files that can be had (creator-dependent) and that they still have a partnership with Comixology if you like their platform.

A huge panel was there for this talk about when characters are “sexy” and when they’re being “sexualized”. The bad part was that, with such a large panel, we didn’t get to hear from everyone often enough. The good thing is that, within an hour we got very good questions from the audience and a good definition of sexy essentially being OK if it was true to the character and the character was a person with a personality, not just something to look at. This tied in perfectly with Gail Simone’s response to my question about her work on Red Sonja. Also, great comments from Dave Gibbons that a lot of the art people complain about (like Hawkeye Initiative or Escher Girls) is just lazy, bad art.

Christy Blanch spoke about her second SuperMOOC. I really enjoyed how much she engaged the audience – her teacher skills in full show.