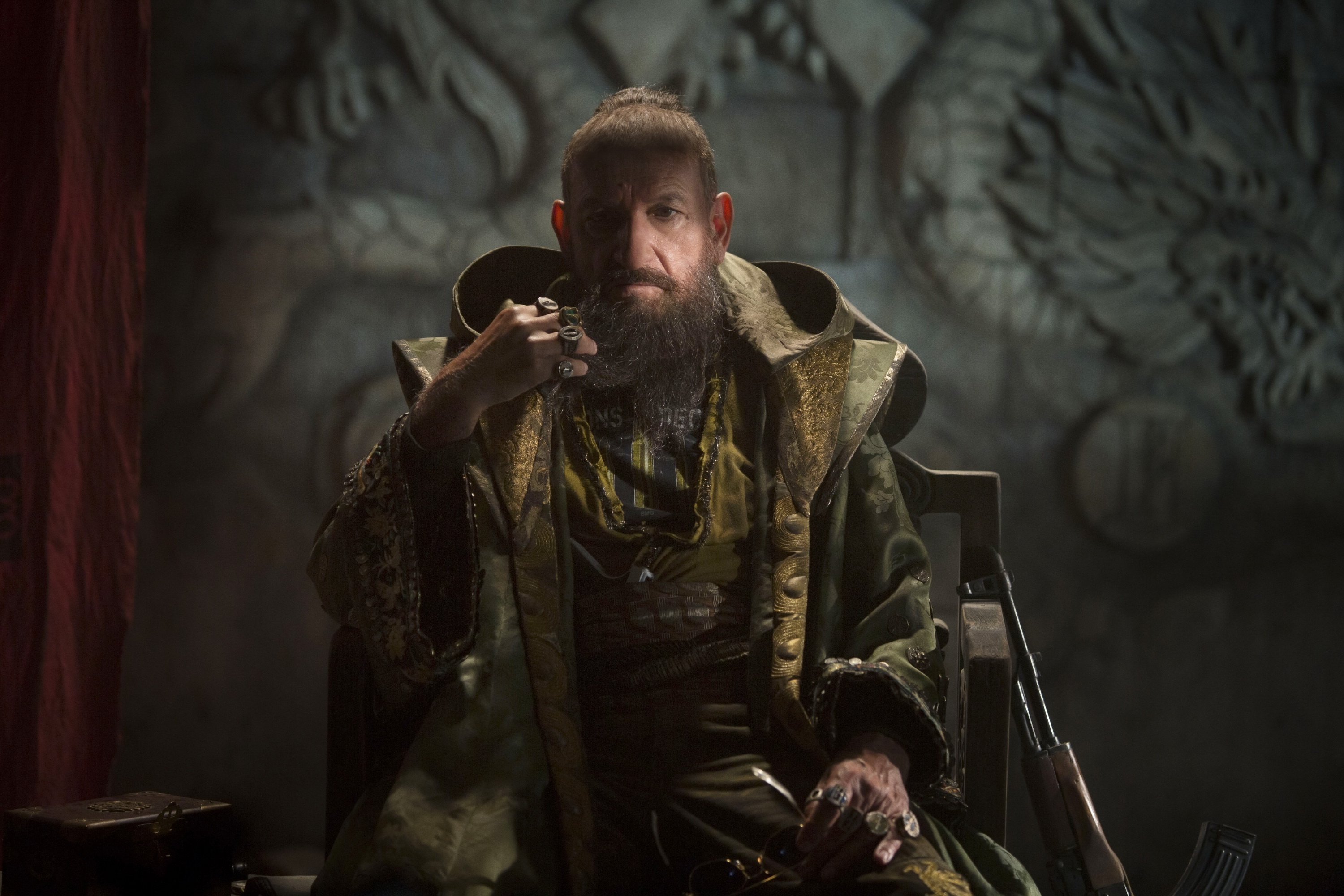 Iron Man 3 has just been released on DVD, which makes now the perfect time to discuss some of the controversy surrounding its primary antagonist. The way the movie handled the character of the Mandarin upset some long-time comic fans and relieved others.

When I first saw the trailers for Iron Man 3, I was concerned about the inclusion of the Mandarin. He’s been one of Iron Man’s greatest foes for decades, but as his name suggests, the character was created without much sensitivity during an era when the US was deep in the Cold War. The fact that the trailer showed a British actor of Indian descent dressed in very stereotypical fashion did not assuage my fears.

To my pleasant surprise, the movie had a rather brilliant interpretation of the character that not only removed my concerns about racism, but instead turned the finger back at the audience. The Mandarin was a carefully crafted stereotype that made a pointed statement about American perceptions.

Before we go deeper into the Mandarin in Iron Man 3, we should look at his background.

When the Mandarin first appeared in the pages of Tales of Suspense #50, he and every other Chinese character were little more than racial stereotypes and representations of Cold War fears. I suppose that it only makes sense given the time period that a character like Iron Man, who is so intertwined with the ideals of capitalism, would have been given enemies from the other side of the Iron and Bamboo Curtains. Another Iron Man villain created during the Cold War was the Crimson Dynamo from the Soviet Union.

Unlike the Crimson Dynamo, who was an agent of his government, the Mandarin was not working for China. He was more like a feudal lord in his castle (literally a castle) than anything resembling a communist; however, his first appearance made sure to connect him to the Chinese government. In the issue several military officers came to request his aid creating weapons, but he scared them off. It was a scene meant to show the reader that this man even scared the Chinese army.

The Mandarin was intended to be a brilliant foe, able to compete with Tony’s intelligence, but despite telling us how smart he was, the climax of the issue was a Karate fight. Like many Asian characters in comics, he was reduced to being a stereotypical martial arts threat. Under different authors, his strategic intelligence has been developed, but in his first appearance it was only told to the reader, not shown.

Overtime, a character like the Mandarin becomes difficult for writers. How do you write for a character that has racist overtones and whose entire conception is rooted in the politics of the 1960s? How do you make a popular villain less problematic? Many writers have tried their hand at the character, but in 2010 author Matt Fraction completely reimagined the him in The Invincible Iron Man Annual.

The Mandarin is the primary antagonist over the course of Fraction’s tenure on The Invincible Iron Man, although most of the time he isn’t shown in the comic. He is a true match for Tony’s intelligence and spent three years’ worth of comics outmaneuvering him from the shadows. The Mandarin doesn’t reveal himself or his plan until the last few arcs of Fraction’s run, but everything Fraction wrote built up to it.

Fraction’s Mandarin was a sleek businessman and terrorist who attacked Chinese targets as well as targeting Iron Man. Fraction managed to keep the Mandarin from being a representation of China itself by having Chinese superheroes also fighting him to protect their people. While Tony did aid the Chinese heroes, gone was the era where China was portrayed as evil or incompetent.

The actual reimagining of the character can best be seen in The Invincible Iron Man Annual #1. The annual is the story of the Mandarin’s life as told by him to a kidnapped Chinese moviemaker, Jun Shan. The Mandarin wants his story told on the big screen, but while he’s telling his grand lies, Shan is investigating the truth. As with any long-running comic character, the Mandarin’s backstory had become convoluted. Instead of wiping the slate clean, Fraction uses the uncertainty to create a Mandarin who is more propaganda than reality.

In the end, so much of what the reader has been told about the Mandarin over the years was revealed to be a lie. The Mandarin has spun his own story to build up his image. The idea that the character is more propaganda than reality is one that is used to great effect in Iron Man 3.

In Iron Man 3, the Mandarin is built up as the leader of a foreign terrorist group targeting the United States. He releases videos that claim responsibility for bombings and that threaten more attacks. However, when Tony finally locates the Mandarin, he realizes that the man never existed. The man in the videos was actually a British actor hired to distract America from the real situation behind the bombings.

Every single bit of the Mandarin’s persona was created to play on American fears. His clothing, his name, and the setting were all picked to trigger fears about foreign terrorists. The Mandarin in Iron Man 3 manipulates American race-based preconceptions in order to distract from the true evil—an American based company that was doing illegal experiments on US soldiers. Suddenly the Mandarin’s character design and actor made perfect sense.

Some fans were upset because the movie erased the character of the Mandarin from existence, but this isn’t the first time that Marvel has made him into something new. The Ultimate line of comics, which has inspired a lot of things in the cinematic universe, also removed the Mandarin as an individual and replaced him with a corporation named Mandarin International, so there is precedent to reimagine him as an idea rather than a person.

It seems clear that Marvel is aware that the character has problematic roots and that they have to be thoughtful when they use him. Whether they do that by reimagining him for a new era the way Fraction did, or whether it’s by using the idea in entirely new ways like in Iron Man 3 or the Ultimate Universe, they are ensuring the character has a place in the future.

What do you think about Iron Man 3’s take on the Mandarin? I’d love to discuss it with you in the comments!