When I walked by the Multi Verse Madness table I was drawn to the magazines on the table. What in the world was this? It turns out it was a fan zine. That’s right, they’re still being created in 2018! But unlike the Xerox’d, stapled fan zines of yore, this one was nicely printed like a commercial magazine. Thanks to technology and print-on-demand, these kinds of professional magazines are now available to amateurs. But what actually propelled me from talking about the zine with them to wanting to interview the creators was the focus of the magazine. First of all, it was focused on inclusivity on all the dimensions of fandom – age, race, gender, even transgender. Second, many of the articles in the magazine are around similar themes to Comic POW!, such as the articles focusing on the psychology of Harley Quinn. So enjoy the interview where we explored the origins of the magazine and why it’s so important to these creators. 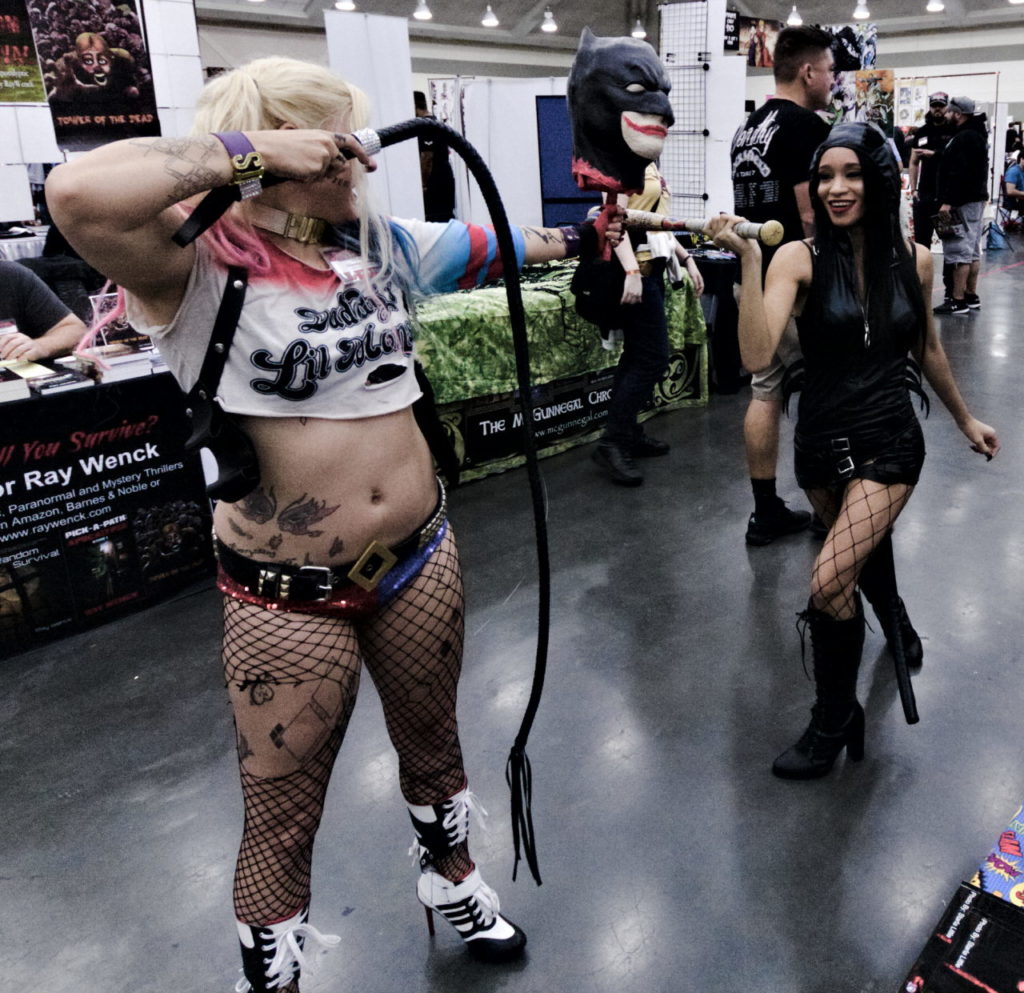 Chastity Wilson as Harley Quinn facing off against Cat Woman

One thought on “Baltimore Comic-Con 2018: Interview with creators of Multi Verse Madness”