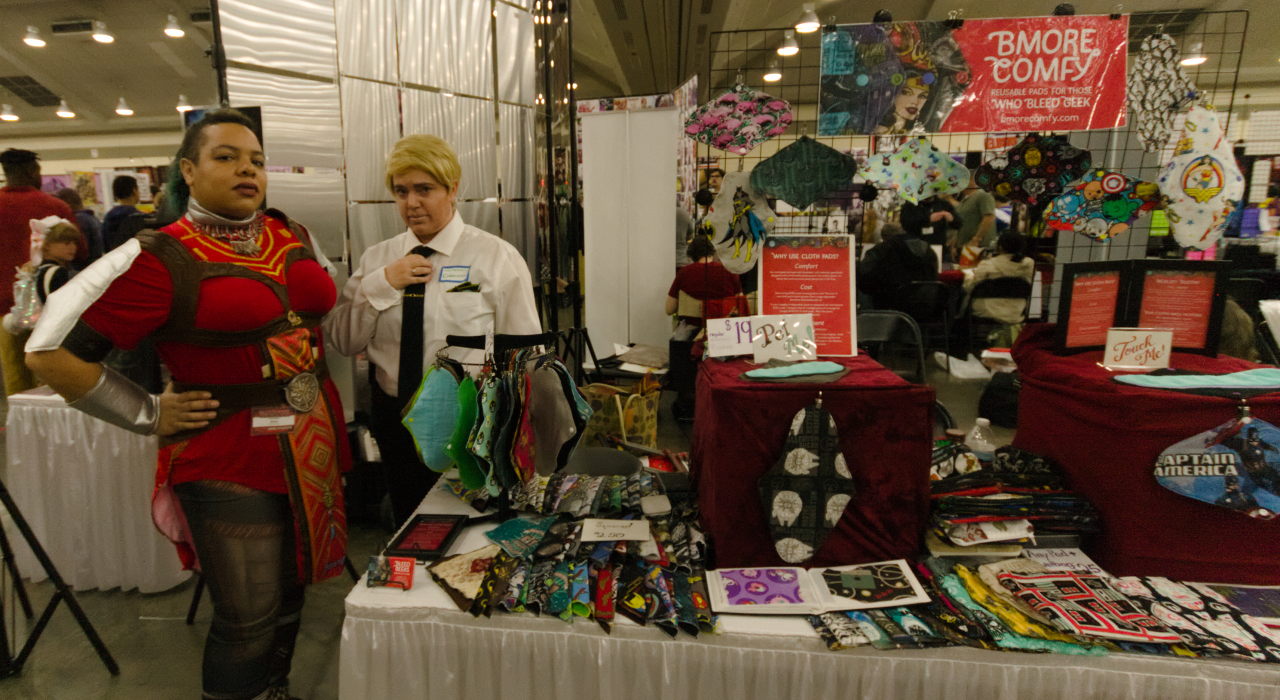 After I was done speaking with the creators at Multi Verse Madness, they said I should check out the booth of one of the advertisers in their magazine, Bleed Geeks. I walked over to the booth. I’ve been covering Baltimore Comic-Con for about 7 years now (including my time at Player Affinity before starting Comic POW!) and I’d seen lots of booths selling geek patterned pajamas, socks, bathrobes, and snow hats. This was the first time I’d ever seen a geek patterned pad… as in an object used during menstruation. But what intrigued me and made me want to talk to the creators was the fact that it was more than just the geek factor found in those other clothing items, it was also a pad geared around sustainability. As in, it’s made of cloth and instead of throwing it away daily, you launder it and reuse it. So I had to learn a bit more.