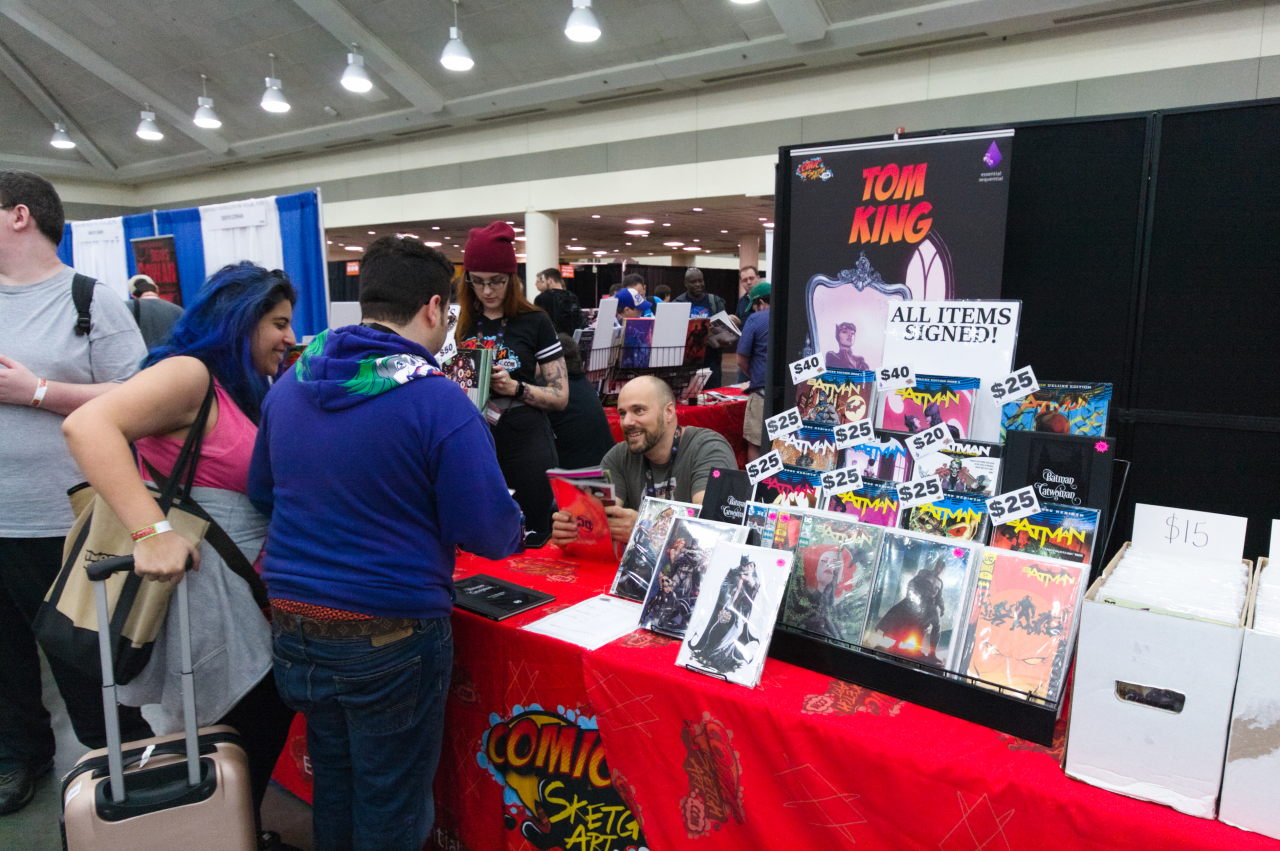 Tom King is a very popular man at this year’s Baltimore Comic-Con. I’ve been following him since he first showed up in artist alley around 2011 with his prose novel A Once Crowded Sky. As he was picked up by DC Comics and has proven his mettle on Grayson and now with a popular run on Batman, his popularity has grown along with his talent. So I was lucky to get a few minutes to interview him today as soon as the Baltimore Comic-Con opened its doors. We spoke about how Tom King sees Batman and touched on some points from early in his run on Batman. (A run we’ll be covering here on the site after I’m done with the Baltimore Comic-Con coverage) King preferred an audio-only interview, so have a listen below and enjoy!

One thought on “Baltimore Comic-Con 2018: Interview with Tom King”