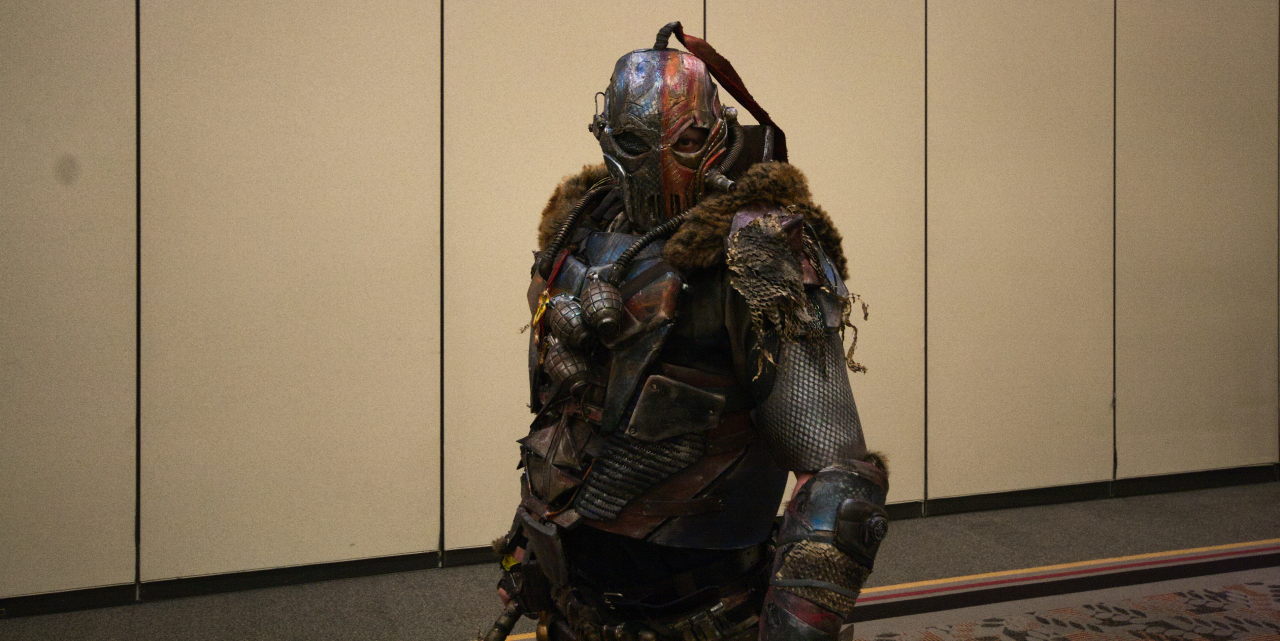 Last year I interviewed the winner of the costume contest and that was so much fun, I decided to interview more of the contestants as they were waiting to be judged. When I saw this guy’s costume, I was very curious who he was cosplaying as. I hadn’t kept up with the latest upheavals at the Big Two – had something apocalyptic happened? Nope! He was just being creative as a Mad Max-Inspired Deathstroke. Christan Hart, who has been making costumes for others for 18 months now, wanted to do something a little different than the typical Deathstroke, a character he relates to.  Growing up in the west makes him feel an affinity towards the Mad Max aesthetic and so his idea was born. You can follow him on instagram @darkhart_ (don’t forget that underscore) and that’s where he takes orders for costumes.