Reboot vs. Relaunch: Pros and Cons 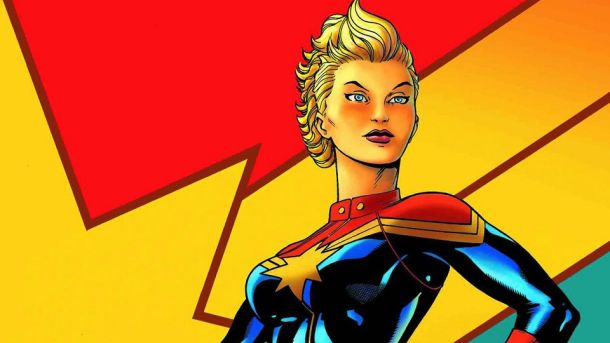 There are a lot of similar-sounding terms thrown around when talking about comics. We’ve got reboots, revivals, relaunches, retcons… they’re all important terms, but if you’re not familiar with what each one means, it can be really confusing.

A reboot is the resetting of a universe. A “hard” reboot is something like DC’s 2011 New 52, where all of the canon and continuity up to that point was tossed out the window and they started fresh. A “soft” reboot would be more along the lines of Marvel NOW!, where a lot of books are started over again at #1, but the continuity is kept intact – it’s more of a place for new readers to jump in than a fresh start. Soft reboots even tend to reintroduce some of the characters’ origins, history, and motivations, where a hard reboot pretty much just starts from square one.

A relaunch, on the other hand, is when a title that had previously been cancelled gets a new run. A relaunch technically is a revival – of a book, a character, or even a name; in some cases, it’s a combination of two of those, or even all three. Relaunches also tend to involve at least a little bit of retconning, or changing of retroactive continuity. Basically, a retcon is changing something in a character’s past and pretending it’s always been that way – like the retcon of Iron Man’s origins, which brought them from Vietnam to Afghanistan to make it more modern.

With these terms in mind, let’s talk about Captain Marvel.

Marvel first introduced Captain Marvel in December 1967. The Kree warrior Mar-Vell was sent to Earth to spy on the humans after the Kree encountered them for the first time. After spending so much time working with humans, he came to like us, so he secretly used his Kree powers to help humanity out. “Captain Mar-Vell” was understandably misheard by the people he was rescuing as “Captain Marvel,” and so our hero was born.

After siding with humanity against the Kree and countless other invaders, Mar-Vell enjoyed a decently long career within the Marvel universe. In 1982, though, he found out that he had cancer, and due to his physiology and powers, Earth-based treatments were ineffective. Since he’d betrayed the Kree, they denied him access to their medicine… and Mar-Vell died not in battle, but from illness.

What makes Mar-Vell’s death somewhat unique in comics is that it stuck. He died in 1982, and while he has been brought back a few times since then, it’s never been permanent. Instead, Mar-Vell created one of the great legacies of the Marvel universe in Captain Marvel.

Monica didn’t have all of the same powers. She was human, not Kree, but that didn’t mean that she couldn’t be Captain Marvel. She joined the Avengers and even led them for a time, becoming the first African-American woman to do both of those things. She remained Captain Marvel through losing and regaining her powers, and only ceded the title when Mar-Vell’s son, Genis-Vell, came along.

He wore the mantle until his sister, Phyla-Vell, entered the scene. Then, during the Secret Invasion storyline, Captain Marvel was a Skrull impersonator called Khn’nr.

The title was used by Kree Noh-Varr during the Dark Avengers storyline.

In the 2012 Avengers vs. X-Men story, Mar-Vell is returned from the dead. He fights alongside Carol Danvers, known as Ms. Marvel, and later has to sacrifice himself to save the entire Kree race. Inspired by his sacrifice, Carol decides that the name has to continue – and so becomes Captain Marvel in his honor. The latest relaunch of the Captain Marvel series was earlier this week, and the story is still going strong, nearly 50 years after the title was created.

It’s been a long road for Captain Marvel; a lot of different people have filled the suit for different reasons over the years. The character has been relaunched time and time again, with different retcons being applied almost every time. Why not just completely reboot the character and start over, then? Why keep this complicated history intact?

The answer, in short, is because the history matters.

One of the major complaints from longtime fans about DC’s reboot in 2011 is that it ignores everything that they had come to love about the characters. Some, like Batman, remain largely unchanged; others, like Batgirl, had large, important parts of their pasts eliminated. There are even a few characters, like Huntress, who don’t have the same identity beneath the mask as they did before the reboot. Changing history like that disrespects the history itself, and disrespects the fans who put time, energy, and money into learning that history. Asking people to forget everything they experienced before a certain point and asking them to trust the new vision for the character/book/universe when the old one had been completely disregarded might be a great move if you want new fans, but it’s a risky and often less successful move if you want to keep the fans you already have.

On the other hand, keeping all that complicated, messy history respects the fact that it has happened. It makes the story richer and deeper. Carol’s decision to take on the Captain Marvel identity was based directly on her interactions with the original Captain Marvel, and her story would not have the same impact had it been a hard reboot of the character. Respecting the history there and, even better, using it to further develop the character is an important part of why Carol’s Captain Marvel is such an engaging character. She’s Captain Marvel, yes, but she respects that she’s not the first. She interacts with Monica Rambeau, and they talk about it. She retells her origin and how she came to know Mar-Vell. The history of the character is integrated into the fabric of Carol’s story, and it meshes together to make the story more meaningful overall.

Some detractors say that keeping all of the history in place is confusing. There’s so much history there, people argue; how can new readers ever expect to understand everything? The answer is simple: you don’t have to. If you’re interested in Captain Marvel, if you want to read about Carol, pick up Captain Marvel #1. The past is the past, and this book is a new start. If you need to know something, writer Kelly Sue DeConnick will let you know; she’s a masterful writer, and she’s able to blend that history into the stories she tells about Carol. You don’t need to know every ounce of Captain Marvel history to get into who the character is in today’s comics.

If you want to read it all, great! Have fun! There are a lot of awesome comics in there. You don’t need to reboot to tell new stories, though, and Captain Marvel is a great example of why.

Captain Marvel: In Pursuit of Flight. Written by Kelly Sue DeConnick; art by Dexter Soy and Emma Rios. Published 2013; collects Captain Marvel #1-7. Find it on Amazon or buy it from comixology.

One thought on “Reboot vs. Relaunch: Pros and Cons”