The Downsides of Serial Storytelling 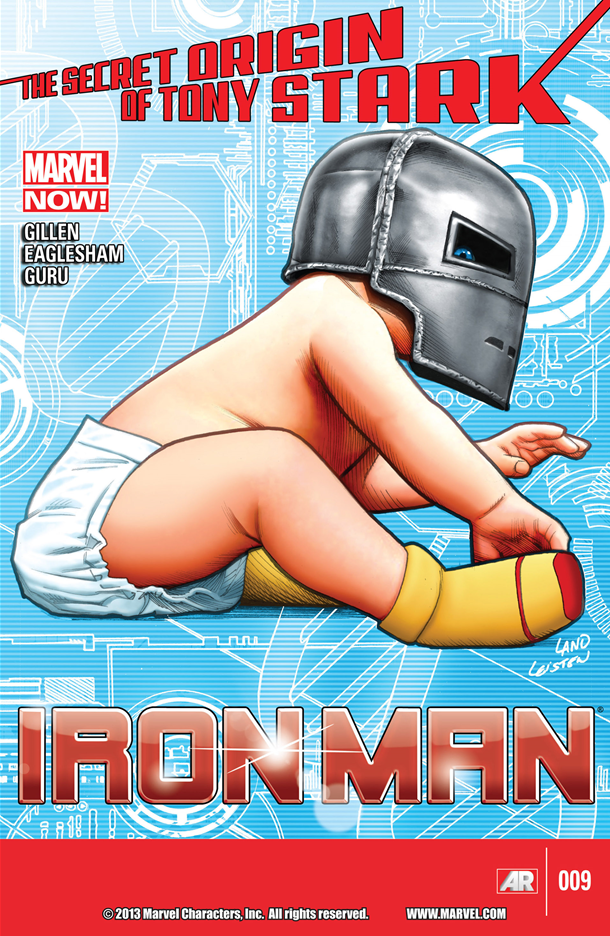 Serial storytelling is popular on television, but as far as print goes, it’s a dying art. There used to be a time when people regularly followed installments of actual books, printed a chapter at a time in magazines, but now magazines themselves are struggling to keep the public’s interest in the face of the internet. You can find serial stories on the internet—web comics and fanfiction for example—but the business of it isn’t the same. The comic book industry is one of the few businesses that still maintains that original serial model and because of that it usually takes six or twelve issues of a comic to tell a single story arc.

The last few months I’ve spent a lot of time deciding what titles to trim from my pull list in favor of waiting for the graphic novel releases. As I’ve evaluated titles, I’ve thought a lot about the downsides of serial storytelling. The obvious downside for the consumer is the price. I bought the first six issues of Avengers by Jonathan Hickman for a cover price of $3.99 which meant I spent approximately $24.00. The graphic novel collection of those issues is currently being sold for $15.00 on Amazon.com. For someone with a tight budget, that kind of difference is noteworthy.

Another advantage to waiting for the graphic novel is that I can read the entire story in one sitting. It can be difficult to keep up with a variety of story threads over the course of the year it takes to tell a complete arc. It’s a much more pleasant reading experience to sit down and read an entire arc at one time. There are so many details that really come through when you aren’t waiting months between installments. The emotional notes also tend to resonate more.

In fact, there were two very noteworthy times over the last year when I dropped a series because the serial format did it a disservice. The first case was Journey into Mystery starring Sif. I was looking very forward to the series because I love Asgard and wanted to know more about Sif. The series was a Marvel NOW jump-on point and I assumed that my lack of previous comic knowledge about her would not be a hindrance. Unfortunately the first story arc involved her personality and character being changed by an outside force—she became a berserker—which made her hard to relate to, and at times even outright unlikable. If I had been more familiar with the character to start with that may have been okay, but I wasn’t. I was tuning in new and I didn’t know the character well enough to appreciate the story.

I gave the series a few issues to hook me, but eventually lost interest and stopped buying it. If I had been able to read the entire first arc at once I would have been more likely to read past the berserker story and maybe found something to keep me interested. The series was cancelled after ten issues and part of me wonders if they would have had an easier time finding an audience if they had held the berserker storyline for the second arc. That way the audience would have cared more about Sif before she went off the rails. After all, it’s hard establishing an audience for a female character that has traditionally been in a supporting role. The audience really needs to connect with them from the start.

The other situation was Iron Man. I had been reading the series for quite a while, but when it got to The Secret Origin of Tony Stark it seemed to me as though they had completely lost sight of the core of the character. They were flirting with the idea that Tony became who he was because of alien intervention in his genetic code instead of being the self-made, very human character he’s always been. There was even the implication that his alcoholism was a by product of the manipulation. I got frustrated enough that I dropped the title from my pull list, but then later I checked out the end of the arc and realized that the entire thing was a bait and switch. They were purposely making the audience think that they were changing Tony’s origin when they weren’t actually doing it. If I had read it all at once I would have realized that in an hour instead of spending months frustrated over what I perceived they were doing to one of my favorite characters.

That situation taught me the lesson that I need to wait until an arc is over before I get angry about the direction it’s taking, however I don’t regret cutting the title from my weekly pull list because that was a lot of money spent just to irritate me month after month. It’s great that authors are creating nuanced and far reaching stories, however if they aren’t authors that I’ve grown to trust over time, I can’t always justify spending the money in hopes that it will work out in the end. Especially not when I can wait and read the reviews before buying the graphic novel.

That’s not to say that some stories aren’t told best in the shorter format. Some authors have done a wonderful job of telling stories in one or two issues. Matt Fraction has done a great job making Hawkeye a title that is almost entirely comprised of one and two issue stories. The focus of the title is on what Clint Barton and Kate Bishop do when they aren’t with their respective teams so the stories are shorter and more character focused. That kind of storytelling is perfect for monthly purchasing.

There are of course advantages to buying comics by the issue. When you are hooked on a story or really love a character it can be hard to wait until the graphic novel comes out. You won’t be able to participate in the conversation about the comic online or with your friends if the other fans are always twelve issues ahead of you.

It’s also important to remember that the monthly purchase numbers are the largest factor in whether a comic will be cancelled or not. Popular characters like Batman, Spider-Man, and Iron Man aren’t at risk of cancellation whether you wait to purchase the stories in the graphic novel format or not. It’s the characters like Hawkeye, Ms. Marvel, and She-Hulk that need displays of popular support in order to stay on the shelf. If you want those characters to get published you need to go out and buy them when they are.

Finally, whether you are buying comics as graphic novels or by the issue another concern is space. For me it is easier to put the graphic novels on a bookshelf and reread them than it is to dig through my short boxes trying to find the arcs that I want to read. However, either way your comic collection is going to take up a lot of space. Digital comics may be the best of both worlds since you can buy monthly issues or graphic novels with no space concerns. Of course with digital there are all sorts of ownership questions, but that is a topic for a different article.

Between digital comics, graphic novel collections and stories written exclusively for the graphic novel format there are a lot of options for the comic consumer. Add in the television shows and movies and there are more ways to be fans of superheroes than ever before. No matter what anyone on the Internet tries to tell you, there is no right or wrong way to be a fan so pick the options that work best for you. For me that means making smart decisions with my wallet.

2 thoughts on “The Downsides of Serial Storytelling”