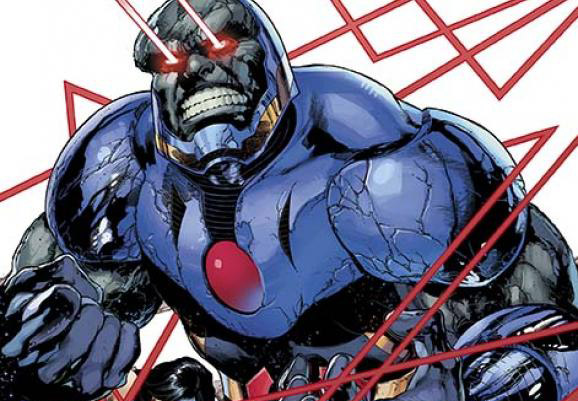 No, I don’t mean Dan Didio with a fake mustache that he twirls diabolically. DC has released all of the solicits for their Villain Month in September, along with the following quote:

The first universe-wide event of The New 52 begins as FOREVER EVIL launches! The Justice League is DEAD! And the villains shall INHERIT the Earth! An epic tale of the world’s greatest super-villains starts here!

It’s interesting to note that the villains aren’t taking over all titles during “Villain Takeover Month.” Instead of having one of each title in the month of September, like usual, it appears that some books are getting more than one issue, each focused on a different villain, while other books aren’t being published at all. For example, they have Justice League listed four times: 23.1, 23.2, 23.3., and 23.4. They’re going on sale one per week, and each is a standard sized issue. They also each feature a different villain, and feature different creative teams, including a book written by Dan Didio… so we may actually see some Didio-related mustache-twirling after all.

Interestingly, there are 52 books solicited for that month, though they’re not all the titles you’re expecting. I guess DC is hoping we all want to buy four Justice League books in the same month… and four Justice League of Americas… and two Justice League Darks… and that we won’t mind giving up another title to get it.

We’ll see how it goes, I suppose.

4 thoughts on “Villain takeover at DC!”