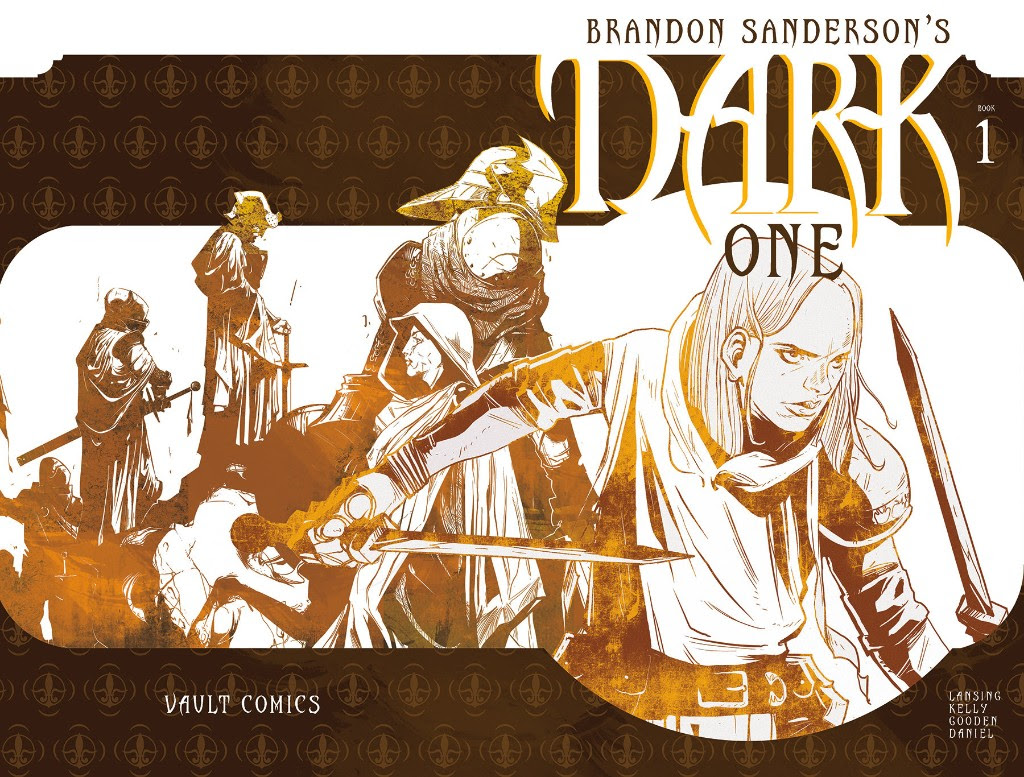 I discovered Brandon Sanderson just a year ago via a Humble Bundle that featured ebooks and audiobooks of both his Cosmere and non-Cosmere works. I very quickly fell in love with his story-telling and have slowly worked my way through his Cosmere novels. What separates his fantasy books from a great deal of the fantasy out there is that the magic systems are routed scientific principles are not unlimited. As a contrast, take J.K. Rowling’s Harry Potter series. There isn’t really anything that gates anyone’s magical power. It’s simply a matter of learning more advanced spells. Sure, you have to learn the right incantations and poses, but it’s not even as complex as the hand movements in The Magicians. In Sanderson’s popluar Mistborn series, the character have to ingest metals to gain certain powers. The metals are used up by using magic and there are consequences to over-using them. Additionally, each power has an equal and opposite power and many of the physical powers obey Newton’s Laws. This sets up higher stakes than unlimited magic systems. In Warbreaker the magic system involves ingesting the souls of others, leaving them drab, both emotionally and chromatically. It’s an exciting universe.

Sanderson has one graphic novel series in The Cosmere, White Sands published by Dynamite. But it was not originally meant to be a graphic novel. It was a story that Sanderson had struggled to write and rebooted at least three different times in an attempt to get the story out. Dark One on the other hand, was originally conceived as graphic novel and that has me very excited. To get you even more excited, here’s what was in the press release today:

Dark One is a fantasy epic about the people caught in a conflict between two worlds: Earth and a dark-and-deadly fantasy realm. The graphic novel will be made concurrently with a TV series that is being produced by FremantleMedia North America (FMNA) and Random House Studio.

Planned as a two-volume graphic novel series, Brandon Sanderson’s Dark One will be co-written by Jackson Lanzing and Collin Kelly (Joyride, Hacktivist). The first volume will be released in the Spring of 2019.

Dark One will be a dramatic fantasy adventure spotlighting a young man who sees visions of strange and fantastical worlds, which he is told are just hallucinations. But this dark and deadly fantasy world that keeps coming to him is actually a real vision of another world – one where he has been prophesied to become a tyrant and destroy this land of interesting creatures, sporadic electrical currents and a darkening landscape.

“Dark One is my first project that absolutely didn’t want to be a prose project,” said Brandon Sanderson. “After five false starts, it came to life when I imagined how it would be if the pictures I had in my mind were actual pictures.  And then all of a sudden, in a couple weeks, a full and rich outline came together. I’ve since been excited to find the right people to adapt this into the visual story it wanted and needed to be. Vault’s publisher Damian Wassel put together a great team in co-writers Jackson Lanzing and Collin Kelly. I got to meet Jackson and at Emerald City Comic Con and hit it off with both. FremantleMedia and Random House Studio are working simultaneously to bring Dark One to television, so this is going to be something special for me and for my readers.”

“With Brandon’s unique vision as our guiding light, the entire Dark One team is incredibly excited to bring to life a world that will invert and upend everything they expect from the genre, hinging around a character’s journey that will break their heart,” said Collin Kelly.

“Dark One examines what kind of bravery is required to step into your destiny,” said Jackson Lanzing. “It’s a chance to have some sympathy for the devil – and hopefully see  in a fresh light the well-worn fantasy tropes.”

That has me absolutely excited. I’d love to see him evolve fantasy comics the way he has done with fantasy prose!

The Fight of a Century: League of Extraordinary Gentlemen Volume 3