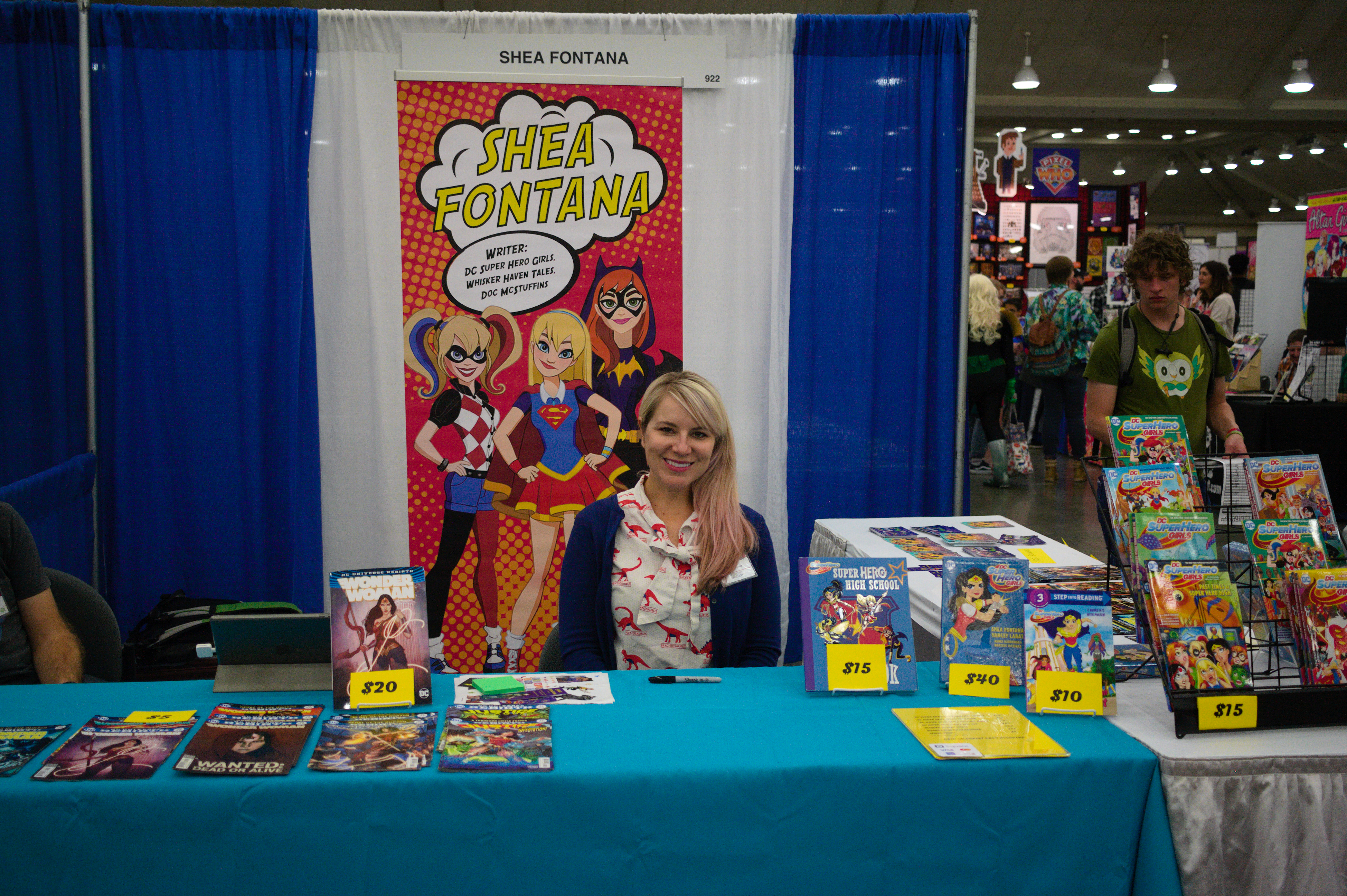 While at Baltimore Comic-Con this year I came across Shea Fontana’s booth and was drawn in by super hero show that my daughters have watched and rewatched: DC Super Hero Girls. It turns out that she developed the series and also was a writer on all the episodes and movies. (She’s actually pretty busy – there’s a long list of her credits on her site) While there I noticed that Ms. Fontana also has a non-fiction book coming out this fall, DC: Women of Action. I had to speak to her about the intersection of these projects.

We spoke about her goals in creating DC Super Hero Girls and some of the things she learned while writing DC: Women of Action. Watch the interview below: