Black Widow: A New Series for a Complex Heroine 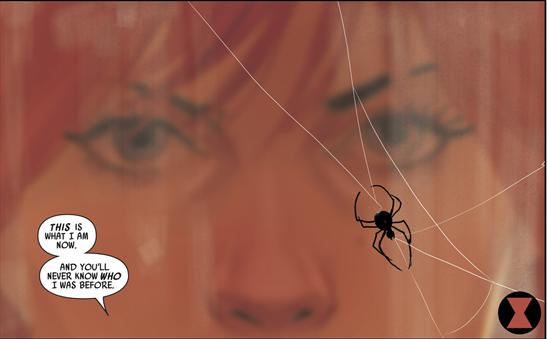 Marvel is releasing a slew of new titles to fill out their line-up in the new year and one of the first up for offer this January is Black Widow by Nathan Edmondson with art by Phil Noto. Marvel has had trouble finding a female character that can carry her own title and last year saw the cancellation of Red She-Hulk, the Sif led Journey into Mystery, and the all-female team book Fearless Defenders. Thankfully they aren’t giving up on trying to get more female helmed books on the market and Black Widow is a smart choice because of her recent visibility in the Marvel Cinematic Universe.

Black Widow has seen a major uptick in public awareness because of her roles in Iron Man 2, Avengers, and the upcoming Captain America: The Winter Soldier and anyone who has seen those movies will recognize the Natasha in this comic. I’ll admit that I am not overly familiar with Natasha’s comic canon, but when I picked up Black Widow #1 this week, I didn’t have to be. Much like the Hawkeye title this series is about what Natasha does when she isn’t being an Avenger or a S.H.I.E.L.D. agent. Unlike Hawkeye who fills his down time in his neighborhood, Natasha spends hers taking on personal missions around the world in an attempt to balance the red in her ledger (a motivation which should be familiar to anyone that saw Avengers).

Black Widow #1 opens with Natasha talking a suicide bomber down by playing up her own worst nature. She tells him lies about all of the horrible things that she’s done, but as with any good lie there has to be truth in it to make it believable. It’s clear that she fully believes that she is a bad person and this series is highlighting her attempts to make up for her past wrongs however she can. This opening also highlights the recurring theme of the issue which is that the reader will never really know Natasha. We won’t ever truly know the truth from fiction in her history, or as she says in her own words: “No one will ever know my full story.”

This first issue also introduces us to her financial adviser and manager, a lawyer named Isaiah who finds her jobs and puts the payments she receives into trusts. Natasha makes it clear when talking to him that she doesn’t do anything for money, as you can see in the panel below.

At the end of the issue we are also introduced to what I personally hope will be this comics’ version of Hawkeye‘s Pizza Dog, a black cat named Liho. Natasha is fond of the cat, but refuses to actually take it in because she’s not able to care for a pet. While it’s clear that her lifestyle isn’t conducive to pet ownership, her reluctance seems to be more about her inability to trust herself to be a caretaker and her fear of making commitments that she may not be able to keep. For all of her tough exterior and highly competent espionage skills and fighting abilities, Natasha is a very emotionally complex and damaged character and the scene with Liho exposes some of that.

Natasha is famous for being a femme fatale, so I was pleasantly surprised that this comic didn’t play up her sexuality. The cat suit is still present, but is portrayed as a practical garment not an excuse to show her curves. In fact they managed to portray her without focusing on her breasts or butt at all, unlike many of her previous comic appearances. Instead of focusing the story and art on her body it’s focused on her competency. The first several pages don’t even show her at all, letting the readers “hear” her voice before we see her.

When she is on panel there is a lot more artistic focus on her face, and especially her eyes, than on her body which sends the message that the creators are focused on her as a person and not merely on her appeal as male fantasy fodder. They also manage to avoid the cliché poses and angles that objectify female characters. Even when there are full body shots they are not drawn with the male gaze as a priority. For example, the following panel shows her after taking out an assassin and she is standing in a strong pose that draws the eye up to her face.

It’s safe to assume that her sensuality will play into stories—she is a famous seductress after all—but I was pleased to see that they are making an effort to make this a character driven story that will appeal to female comic readers instead of alienating them.

Not only does the art avoid catering to the male gaze, Phil Noto’s unique style also brings a lot of personality to this book. He manages to create absolutely beautiful portraits that portray a lot of emotion. For example the last page of the issue:

But he’s also capable of the action packed scenes necessary in superhero comics. I particularly enjoy the panel layout in this section:

As a whole this is a strong first issue that provides new readers with an easy entry into Black Widow’s world. The story and the art work well together to provide a unified stylistic experience with the potential to live up to some of best comics that Marvel is currently putting out. Natasha may never be able to balance the red in her ledger, but hopefully Marvel has found a super-heroine that can keep her sales in the black.

Check out Black Widow #1 at your local comic shop or buy it on comixology.

What did you think of Black Widow? I’d love to discuss it with you in the comments!

2 thoughts on “Black Widow: A New Series for a Complex Heroine”