Whatever Happened to the Man of Tomorrow? 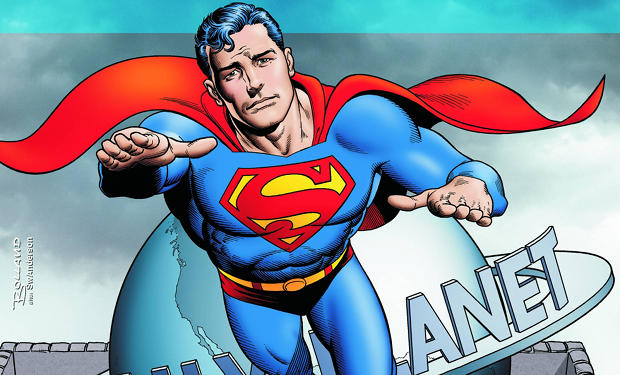 The introduction to Whatever Happened to the Man of Tomorrow says that Alan Moore had a once in a lifetime chance. We can chuckle at that from our vantage point in the New 52 world. Frankly, I’m surprised that DC didn’t do another of these right before the reboot, but then again their misleading statements (intentional or not – and I think they were intentional) about it not being a reboot would have been undermined if they had undertaken a project like this one. When the story came out in Superman #423 and Action Comics #583 there had been stories in which Superman had died or gone missing. But this was the first time it all happened in continuity. Because the 1986 reboot was getting rid of all the previous canon, this story marked the first (and last) time that a comic book company was OK with doing away with a marquee hero canonically with finality. After all, it wouldn’t be canon just a month or two later. I think what is most interesting about the story is how I believe it might have gone differently in 2011.

In the story Superman loses his secret identity very early on when two of his old foes have some robots shoot lasers at him that destroy his street clothes. Suddenly everyone knows who he is. Now, I know his Kryptonian clothes has, at times, been construed as indestructible, but the result is an extremely campy-looking scene. Had a similar plot occurred in the New 52 switchover, his enemies probably would have just activated his webcam or used drones or something to film him changing into Superman. Or, even more subtly, perhaps would have shown the tiny times when he thought he was being careful, but wasn’t reacting correctly if hit by something heavy or any other abnormality that would have shown his inhumanity.

When people try to attack those near him, he takes them to the Fortress of Solitude for their safety. At this time, he hasn’t married Lois, so there’s a strange subplot about how he’s so indecisive over his love of Lana Lang and Lois Lane. Lana overhears this and it causes her to be reckless as Alan Moore makes a callback to the stupid Silver Age subplots of Lana and Jimmy having super powers when they take a dip in a certain lake. One of the biggest bones of contention with the New 52 was the dissolution of Lois and Clark’s marriage. It had taken over half a century in real time for Lois and Clark to marry. Now, only a generation later the marriage was gone again. Frankly, I would have preferred (and I thought the same about Peter Parker and Mary Jane’s marriage) to have had them divorce. Both couples had legitimate reasons to want to separate having to do with the wives’ civilian lives and the dangers their husbands were in (and put the women in). Since comics are allergic to the idea of divorce (they killed Jean Grey under Morrison’s run rather than divorce over his mental infidelities with Emma), a modern day Whatever Happened story could have had them divorce. And perhaps have some jealousy if Lois moves on to date some other hero or Superman dates a super or tries again with a civilian. Alternatively, they could have gone the kill Lois route. And while we’re all sick of women in refrigerators, it could have made for either a “Superman goes berserk” story or a story in which, like Dr Manhattan, we see how detached from reality he can be if he just continues on his normal path.

There is much that is cheesy to be found in both the plot and the dialog, but I have to guess that Alan Moore was having fun and paying tribute to the Silver Age continuity that was ending. However, while the ending is pretty cheesy and you can probably spot it a mile away (I got it ahead of time, but not as soon as I could have), I actually thoroughly enjoyed the cheese. The title of the arc comes from the Interview with a Vampire-like setup of the framing story. A reporter has come to interview Lois Lane about Superman’s last days because apparently he disappeared after defeating his nemesis. He’s trying to find out “whatever happened to the man of tomorrow?” At some point her husband comes home and makes a point of insulting Superman. Somewhere at the point where he just plays up his hatred a LITTLE too much is when I realized it was going to turn out that he was Superman. But the capper is the Twilight Zone-like ending in which it appears that perhaps Lois and Clark’s baby will super powers too.

I think in the various articles and comments here, the writers of Comic POW! have made their disapproval (if not outright contempt by some of us) of the New 52 initiative clear. In my case, while Marvel has its own bag of annoying trends, I do love that the world continues without massive resets. (Although some could say that’s what the Ultimate Line is – the fact that it is its own continuity disqualifies it in my view) I think the issue was compounded in the New 52 as they wanted to have their cake and eat it too with Green Lantern and Batman having weird continuity errors because of their insistence that not much had changed while the rest of the universe’s changes meant that Dick had never been in the Teen Titans. While the Flashpoint ideas was actually a bit of fun, I found it too short to have any real impact and I think DC truly missed the opportunity to do a Whatever Happened story across all its titles to really give us that story that could never be told in a medium that requires the status quo to never be rocked too far. Sure, it’s not Full House where everything’s reset in every issue, but Dick can only be Batman for a couple years, he doesn’t inherit it forever and get to keep growing. It’d be nice if the writer had been given that chance to really shine and show us what they could do if they were writing a more self-contained series like Chew.