Rick Remender Has a New Image Series Out this November 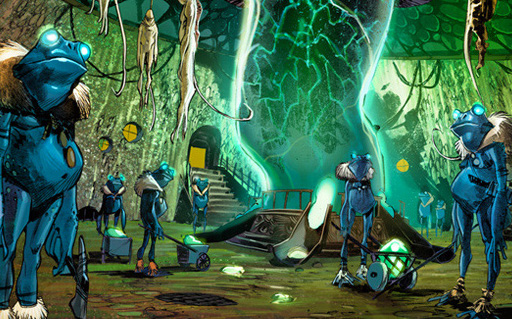 I loved Rick Remender’s run on Uncanny X-Force and I enjoyed his run on Venom. He has a new series coming out 27 November that looks creepy and amazing! I can’t wait to read it! 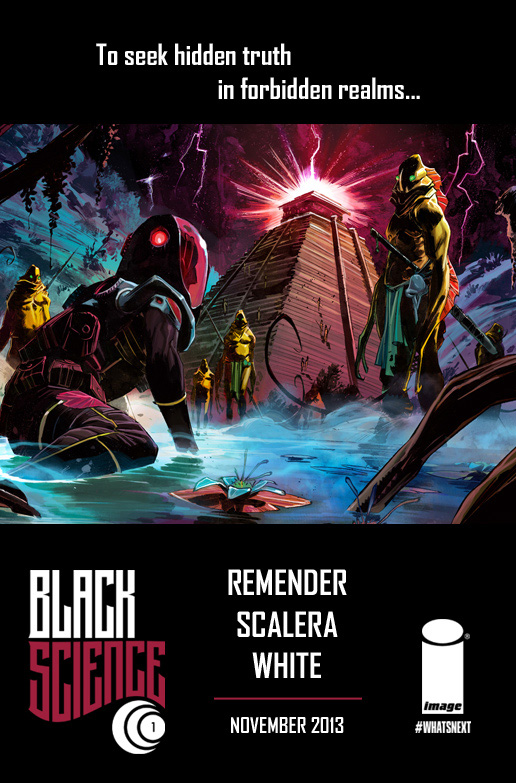 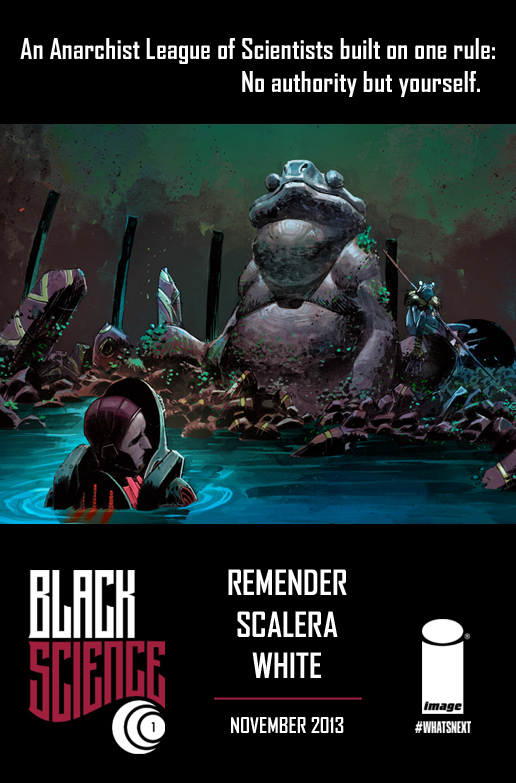 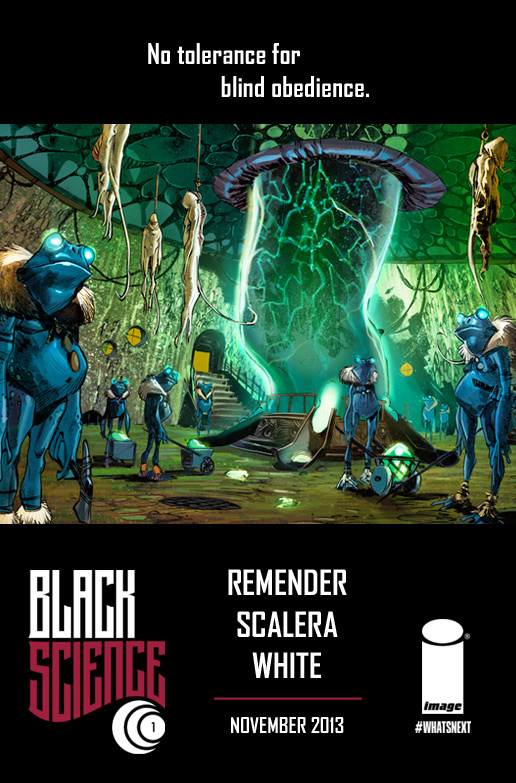 Prepare yourselves: writer Rick Remender, artist Matteo Scalera, and colorist Dean White are ready to unleash BLACK SCIENCE #1 on the world.
Grant McKay, former member of the Anarchistic Order of Scientists, has deciphered Black Science and punched through the barriers of reality. Now, trapped in an infinite ocean of alien worlds, Grant must find a way to get his team home safe and intact.
One of the most highly-anticipated comics of the year, BLACK SCIENCE #1 arrives in stores on November 27. Comic book industry titans and  have praised BLACK SCIENCE #1 ahead of its release:
“Black Science is best read tucked inside something respectable and boring.  Why let the outside world know you’re having this much fun?”
– Patton Oswalt
“Seriously excited for Remender and Matteo Scalera’s Black Science from Image Comics. Epic, anarchic, sci-fi greatness and the art is gorgeous.”
-Scott Snyder (SEVERED, Batman, The Wake, American Vampire)
“I think it’s best described as VIVID. No. VIVIDLY WILD, with drama and humor. The art by Matteo Scalera is stunningly beautifully fluid and imaginative. And the masterful Dean White’s color palettes and textures create an atmosphere of a dream-like lush.You must read this!”
-J.H. Williams III (Sandman: Overture, Batwoman)
“Just a big pure vision of science fiction wonderment. Comics to paint the inside of your eyelids with.”
-Kieron Gillen (THREE, PHONOGRAM, Young Avengers)
The latest hot release in a year of sell-outs, massive critical acclaim, and record-breaking sales from new debuts from Image Comics, BLACK SCIENCE #1 is sure to be in high demand.
To celebrate the release of BLACK SCIENCE #1, Image Comics will be offering a blank sketch cover of BLACK SCIENCE #1 to retailers to pre-order with Diamond Code SEP138247. This will be the last blank sketch cover produced by Image Comics in 2013.