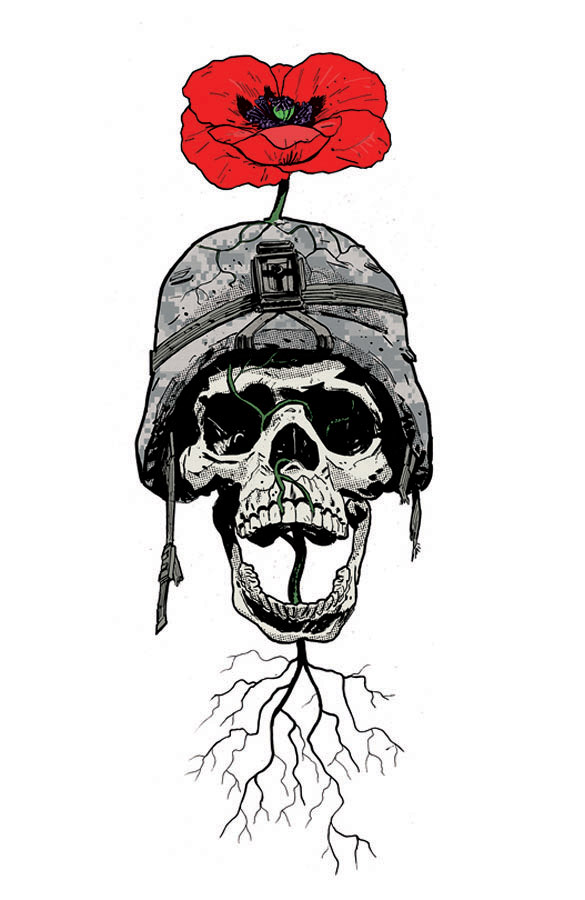 Peter Panzerfaust #10 is getting a second printing.  I read the first issue and I really liked it, but didn’t have the budget to get into the story at the time.  The neat thing is that this issue sold out despite there being twice as many #10s ordered as there were #9s.  Reprints don’t matter if you’re reading comics digitally, but if you like to hold you comics, go to your comic shop next week (17 April) to get the second printing of issue #10.  Or, if you prefer trades, it’ll be available in the second trade on 15 May.

Also available on 17 April will be the reprint of Five Ghosts #1.  Somehow I completely missed hearing about this mini-series, but it sounds pretty darned interesting:

FIVE GHOSTS tells the story of Fabian Gray, a treasure-hunter haunted by five spirits of literary archetypes: the Wizard, the Archer, the Detective, the Samurai, and the Vampire. Gray draws on the talents and abilities of these five spirits as he embarks on the most important mission of his life — to save his twin sister Silvia, lost to him ever since the ghosts became part of him.

On the day you go get the reprint of #1 you can also pick up the second issue.  That’s great since you don’t have to wait to see what happens next.

Graveyard of Empires, a 4 issue miniseries will be out in trade paperback on 1 May.  As a history buff this book sounds awesome – I am DEFINITELY going to be picking it up.  It’s about how no civilization, no matter how great, has ever been able to tame Afghanistan.  The bulk of the story involves all those who have died in Afghanistan coming back as zombies and forcing the Americans and Taliban to work together to defeat them.

“Zombies are the perfect metaphor for modern insurgents,” said writer Sable. “A seemingly endless foe with inscrutable motives that comes in unstoppable waves. In counter-insurgency theory, there’s something we came across in our research called ‘insurgent math.’ It’s the idea that by killing one terrorist, you can create ten more because you’ve inspired their friends and family. Similarly, in a world where the dead are coming back to life, anyone you kill can return to infect your comrades and turn them against you.”

The first issue of Nowhere Men will be reprinted for the fifth and final time on 24 April.  So, once again, if you like physical things – this is your last chance to pick up this individual issue.  After this it’s either wait for the trade or get it on Comixology.   Also appearing on 24 April will be a reprint of the first issue of East of West, Hickman’s new Image book.  It was pretty great – expect a review soon.  (Some life issues have pushed work on Comic POW! back a bit)

Image Comics continues to shock me with how amazing its series are.  Sure, there are plenty I don’t like, but they really are doing an amazing job of pushing the boundaries of comic books. I feel as though if there was ever a chance for the wider public to see comic reading on par with book reading, it’s the work coming out of Image Comics that will be primarily responsible.  I am extremely excited to hear about Lazarus by Greg Rucka and Michael Lark.  While DC Comics has a couple comics that touch on what’s going on in our world with social and monetary equality, they’re a little too on the nose, but this dystopia that Rucka had set up sounds pretty amazing.

…a dystopia where society has reverted to a feudal state — the elite Families who control the wealth control every aspect of the world, and those without are their vassals and serfs. Serving these powerful Families are individuals called their “Lazarus” — lethal protectors of their families’ interests. The Lazarus of the Carlyle Family, which controls the world’s genetic research and development, is a young woman called Forever. Her story starts the day she is killed.

Rucka asked himself, “What would the world look like if 99% became 99.99999%? What if the 1% became the .00001%? What happens when that much wealth and power becomes that concentrated?  That’s how the world was born, this idea that wealth equals power, until such a point that the wealth becomes almost irrelevant to that power because everything is now owned, and power settles amongst a very select few, and everyone else is on the outside.”

Check out some of the great art:

Look for it on 26 June – it looks like it’s going to be awesome!