Baltimore Comic-Con 2018: Interview with the creators of Tainted Love 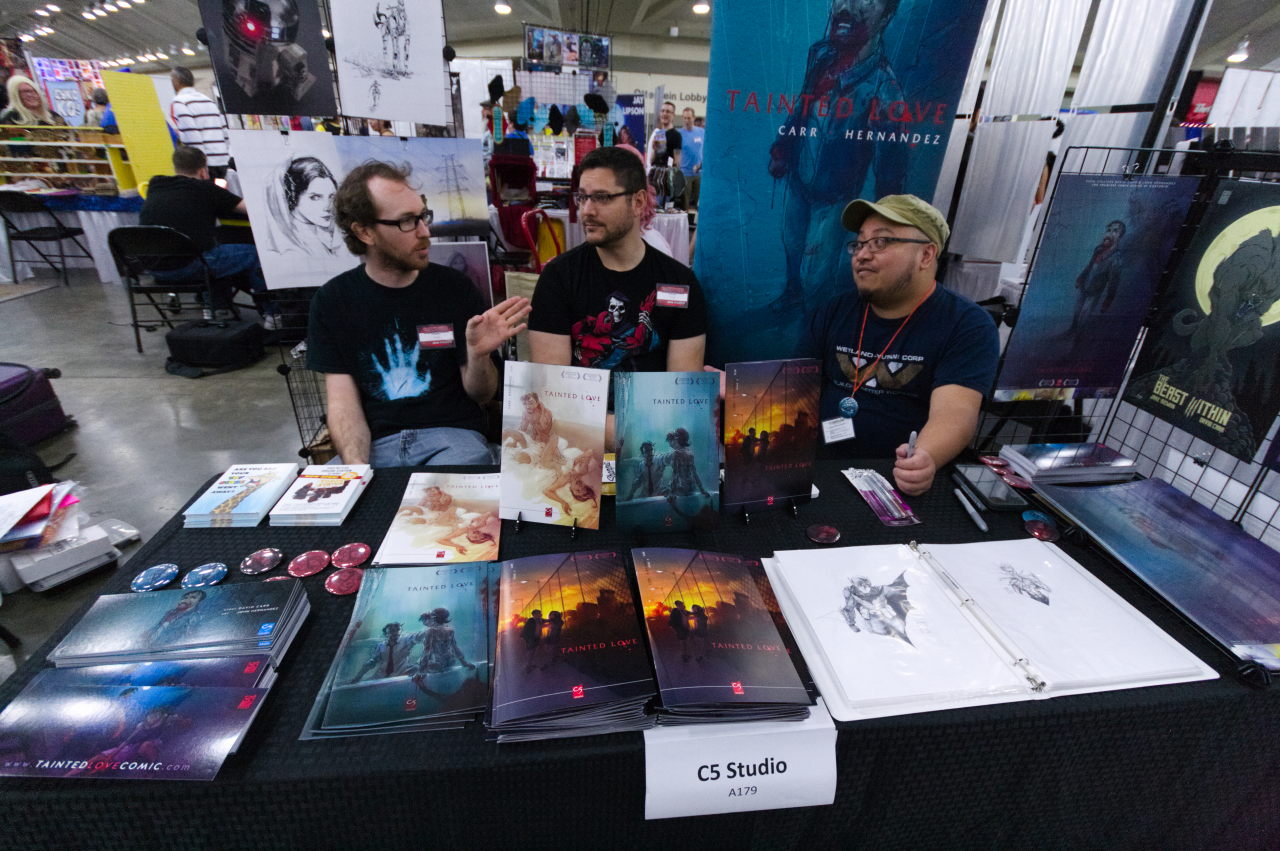 Sometimes I walk through Artist Alley in Baltimore Comic-Con and see some promising talent. Other times I walk the floor and see fully-developed talent that just hasn’t broken through to the mainstream yet. I believe that Tainted Love and the guys behind it are in the latter group. They have an idea for a vampire comic that is neither “me too” nor campy and a great art style that really compliments the story. I had one my longest ever interviews with them as we jumped back and forth between the differences in creating comics and film as well as discussing a lot of the background of the story.

David Carr and John Hernandez’s talk of what it was like to go from the film making world to the comics world reminded me of this moment I’ve pulled out from the Azzarello panel: