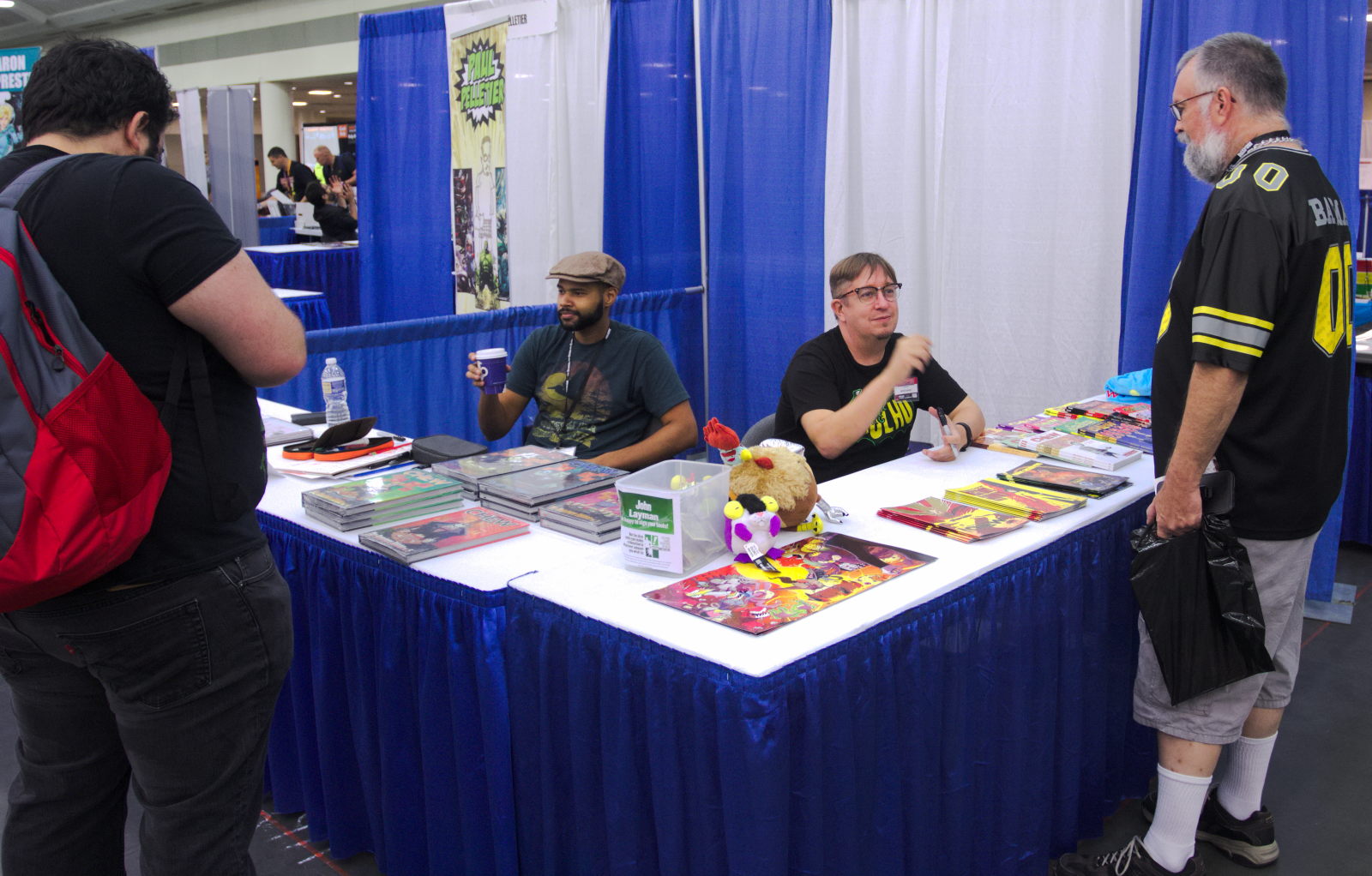 On the first day of Baltimore Comic-Con I was able to score two awesome interviews – John Layman and Rob Guillory of Chew. In order to allow them to man their table, I conducted two separate interviews. In this interview we discuss the significance of Tony Chu’s race, Applebee’s hate for Chu, and John Layman’s favorite way to eat chicken.

One thought on “Baltimore Comic-Con 2016 Day 1: Interview with John Layman”