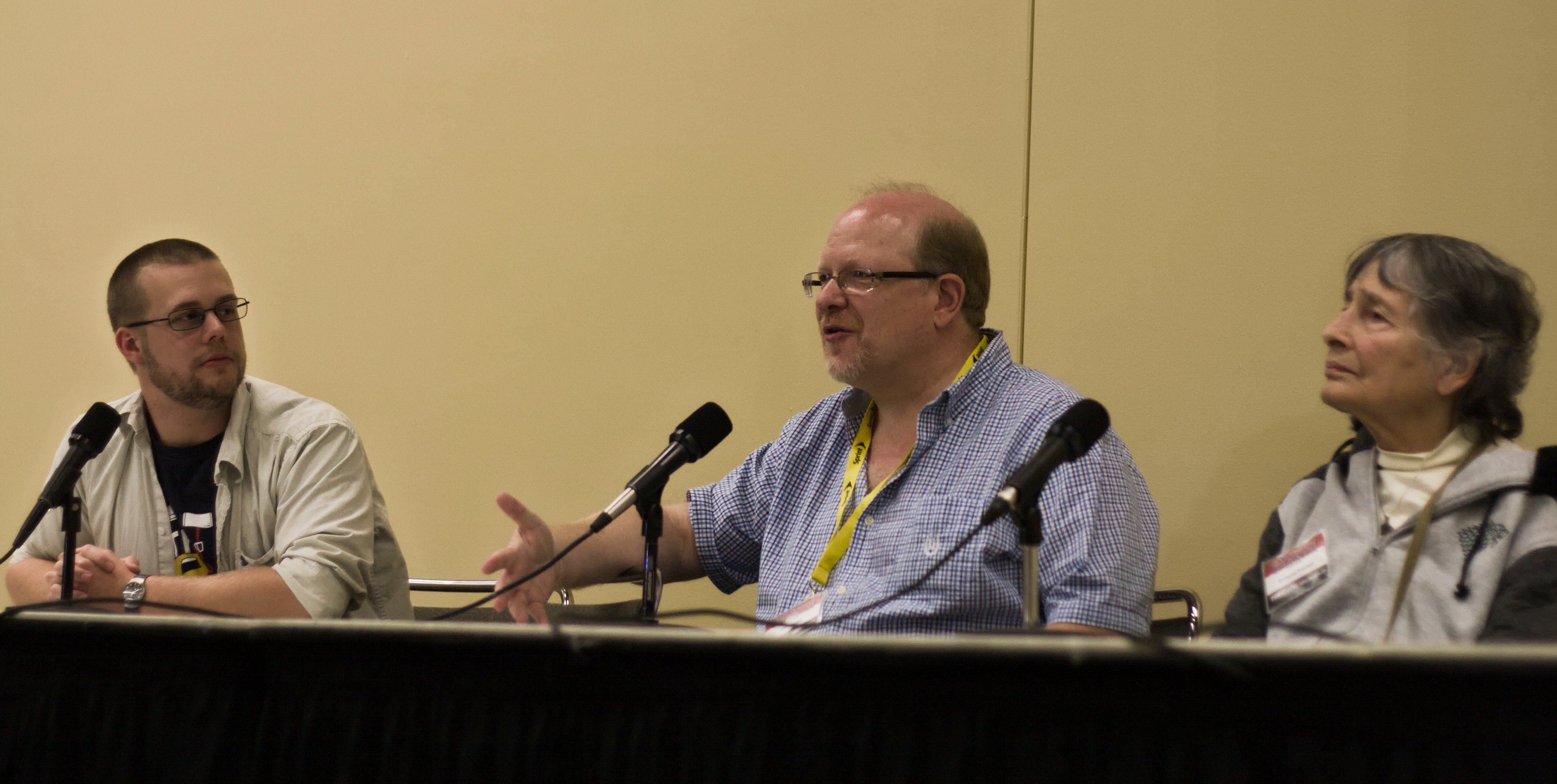 Mark Waid and Ramona Fradon joined a science teacher (and science consultant to comics) at a panel to discuss science in comics. While the panelists made a point of reminding the audience that superhero stories are best enjoyed with a suspension of disbelief, the value of science within comics was discussed. For example, Mark Waid mentioned that it can sometimes become the basis of a story or it can become the basis of a character trait – such as Aquaman being quiet on land because underwater his voice would carry further. It was a good panel overall, but I think a series of episodes of a podcast or TV show could really do the subject justice.