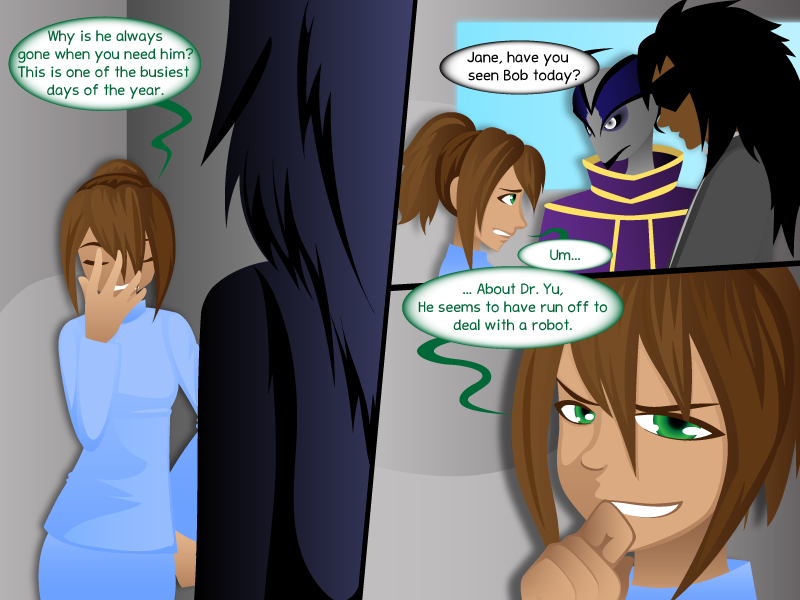 The first interview I conducted this year was with Tiffany Ciper of Alien Spike, a web comic that is in the middle of a Kickstarter to fund a physical print copy of the book.

Just like Kata Kane, who I interviewed last year, the art in this comic was inspired by manga. While Altar Girl is about a high school girl visited by angels and demons, Alien Spike is about school kids and aliens. Or, as Ms Ciper describes it, “A JRPG meets Space Opera”. That sounds like it’s definitely something up my alley. Comic POW! will definitely be taking a look at this story in the future (once the Comic-Con rush is over).

One of the most original things about Alien Spike is that Ms Ciper is also a cartoonist and is creating animations to go along with the web comic. While that obviously can’t be translated to the printed page, it’s certainly a treat for the readers. How often have we wondered what our comics would look like animated? And so often they’re translated to animation by someone other than the creator.

As always, I find that Baltimore Comic-Con is a great place to discover new, up-and-coming creators who are doing some very creative things with the medium.