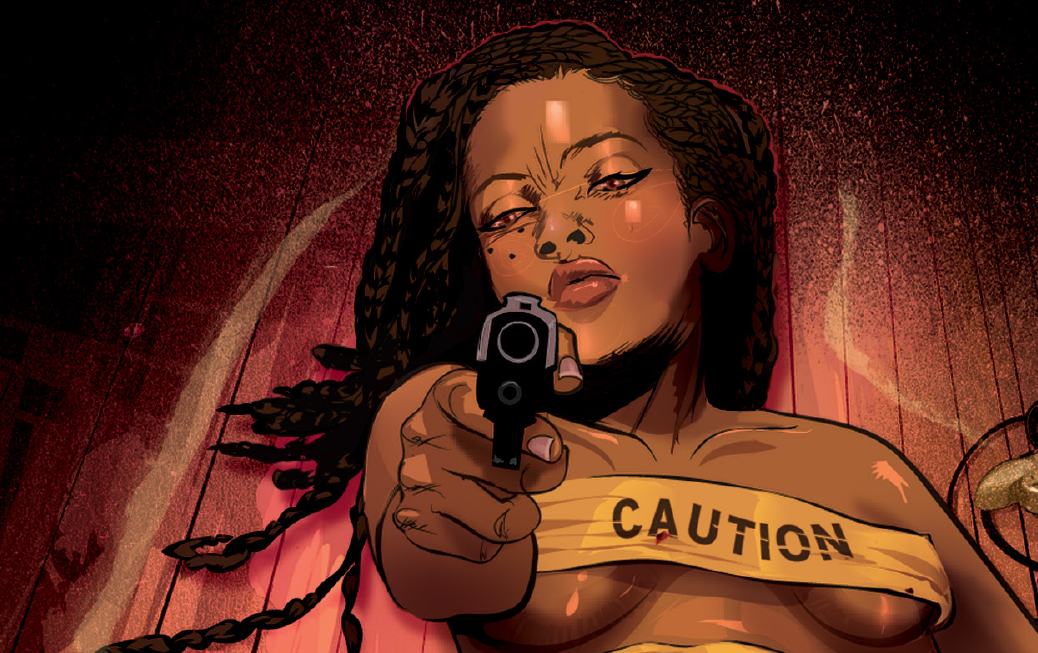 When I was doing my undergraduate degree, we were just getting cell phones that could take sub-megapixel images. There was no video in most phones, and those that did shot videos that would show the size of a postage stamp on today’s monitors. Some of my friends and colleagues who were of African descent would talk about how black people got higher prison sentences for weed possession in the USA than whites. When I heard this, from my position of privilege in which I’d only once ever had to deal with racism (I’m ethnically Hispanic, but racially white), it was hard to have sympathy. Yeah, it was profoundly unfair that the same crime did not get the same punishment, but it’s not like weed was legal back then. You knew what you were getting into if you chose to do something illegal. It’d be like getting mad for going to jail for stealing something.

Jump forward a decade and we have cell phones that can shoot high definition video and 4G networks and citizen journalism and YouTube for when the media wants to ignore a story until it’s viral. What I’ve learned over the past 2-3 years is that the weed issue was just the tippy top of a HUGE iceberg of abuses rained upon African Americans (with some run-off affecting others with non-white skin) that were easy to ignore before the video footage. The experience of someone with privilege is so radically different that depictions of cops drawing guns for no reason just sounded like hyperbole.

Then Genius came out exactly as Ferguson, Missouri was blowing up over the presumed wrongful death of an African-American young man at the hands of the cops. Regardless of the details that eventually emerged, it wasn’t so much that the cops shot this guy a year after stand your ground in Florida. It was as though a damn had burst and suddenly the media was paying attention to the videos being posted to the net. Soon another black man was killed over selling of cigarettes in New York City. Not that long ago, it was my city’s turn as Baltimore went nuts over the wrongful death of an African-American in police custody.

I am enough of a printed word nerd to understand how the publishing world works. The link above goes to an AV Club story in which writers Marc Bernardin and Adam Freeman discuss that this story was six years in the making. But even if you don’t believe that, the piplines in publishing are such that Top Cow (Image imprint) had to have sent the first issue to be made somewhere between two and four months before the events of Ferguson. It’s been in the air for a long time – we were just ignorant of it outside the community.

So how does this long introduction intersect with Genius? Well, if this somehow slipped under your radar (maybe you only read from the Big Two), Genius is the story of a tactical genius who happens to be born on the wrong side of the tracks. In times past, this would have relegated her to a footnote in history. Sure, some upstarts came from unimportant families, but many of the great leaders of history had privilege to place them in positions of power. But today. at this point in history, anyone can be disruptive. This loophole may eventually be closed by the powers that be, but with social media, cheap video production, and guerilla tactics, someone with the right brains could end up making quite the statement nowadays. Destiny, our main character, decides she’s had enough of the police misconduct and wages what is in effect a terrorist war on the police to make her point.

Without a doubt, Bernardin and Freeman take some liberties for the sake of plot. When Destiny makes the correct military decision to risk some casualties to inflict major casualties on the police, she finds herself at the wrong end of a bunch of guns from those upset they were used as pawns. She uses machismo to talk her way out of it. Similarly, when she social engineers her way into a police station, she certainly is using the important tactic of seeming like you belong to make sure no one questions you. But with the way things are nowadays with RFID badges and other checks and balances, it’s unlikely she would have been able to get in and out successfully.

That said, two things made the book stand out to me. First was Destiny’s use of every advantage possible to attain her goal. For her nothing is more important than the ends and all means are justified. She purposely tries to blend in until the time is right for her to strike. This involves, first of all, not rising above the mean in school. This is both a comment from the writers on her tactical planning as well as a statement on how African Americans often feel as though they shouldn’t try and stand out, lest they become a target for being beat up. Then she uses her female identity and sex in every possible way. First, she uses it literally to become the girlfriend of a gang leader and learn the system so she can move from a position of power. On the day that she takes over all the gangs, she uses her femininity and gender biases in her favor because no one suspects her of being a takeover threat. She also uses her female hairdo to hide weapons even though they’ve been frisked.

The second thing that made the book stand out to me was that, as I mentioned above, the tools are there for something like this to be real. Destiny takes advantage of the media situation to release information showing that the police they killed were corrupt. She also shows videos of regular folks from that area that have been harassed by the cops. The war of ideas quickly becomes one in which victims are fighting for their lives rather than the usual “thugs causing problems”.  Bernardin and Freeman also ask the reader to think about how he’s viewing the situation as well. When Destiny is sent on her initiation killing it appears to be the heartless killing of a fast food worker. But in the last panel it’s revealed that he’s a member of the opposing gang. While that doesn’t make the killing right, it’s certainly not as random and cold blooded as it originally seemed.

The writers also use Detective Grey as an example of how biases lead us astray. Although he’s been working on this case for five years, it’s only a loud-mouthed kid that tips him off to the fact that the mastermind is a woman. Additionally, he’s an example of how the system fails those who need it most. There are many non-fiction accounts of how people’s lives are tuned upside-down by encounters with the police and most of the time they get a shrug and a non-apology. In the best case scenario they get some money that doesn’t return their dead family or make then un-disabled. Detective Grey was there when Destiny’s family was shot by the cops and the unfairness and inaction cemented her desire to screw with the system.

Ignoring the last page which is either the most accurate ending (think Frank Abdegnale or Kevin Mittnick) or the most wishful thinking ending, the book leaves us with the question that sparked my title for this post and that has been bouncing around my head after  a year in which nothing has changed and my own backyard has become a battleground:

No. The question you should be asking is “when”? When will it happen in my neighborhood? When will they say “I’ve had enough”? Civilization is nothing but a collection of agreements madebetween people to work together towards a common goal. How long before people feel like those agreements are in their best interest?

After the evils of the financial crisis were met with a few months of protest and a yawn; after decades of mistreatment for African Americans, including a year in which incidents were caught on video without much action – I’ve been asking myself the same questions. Because, as a student of history I know that revolutions are never quite as neat as they seem when we read them in the history books. It would really be better if we could resolve this in a civilized and fair manner, before the social contract erodes. It’s not so easy to put it back together after it falls apart – ask the Egyptians.

Genius by Marc Bernardin and Adam Freeman with art by Afua Richardson. Lettered by Troy Peteri