Done with DC Monthlies for Now 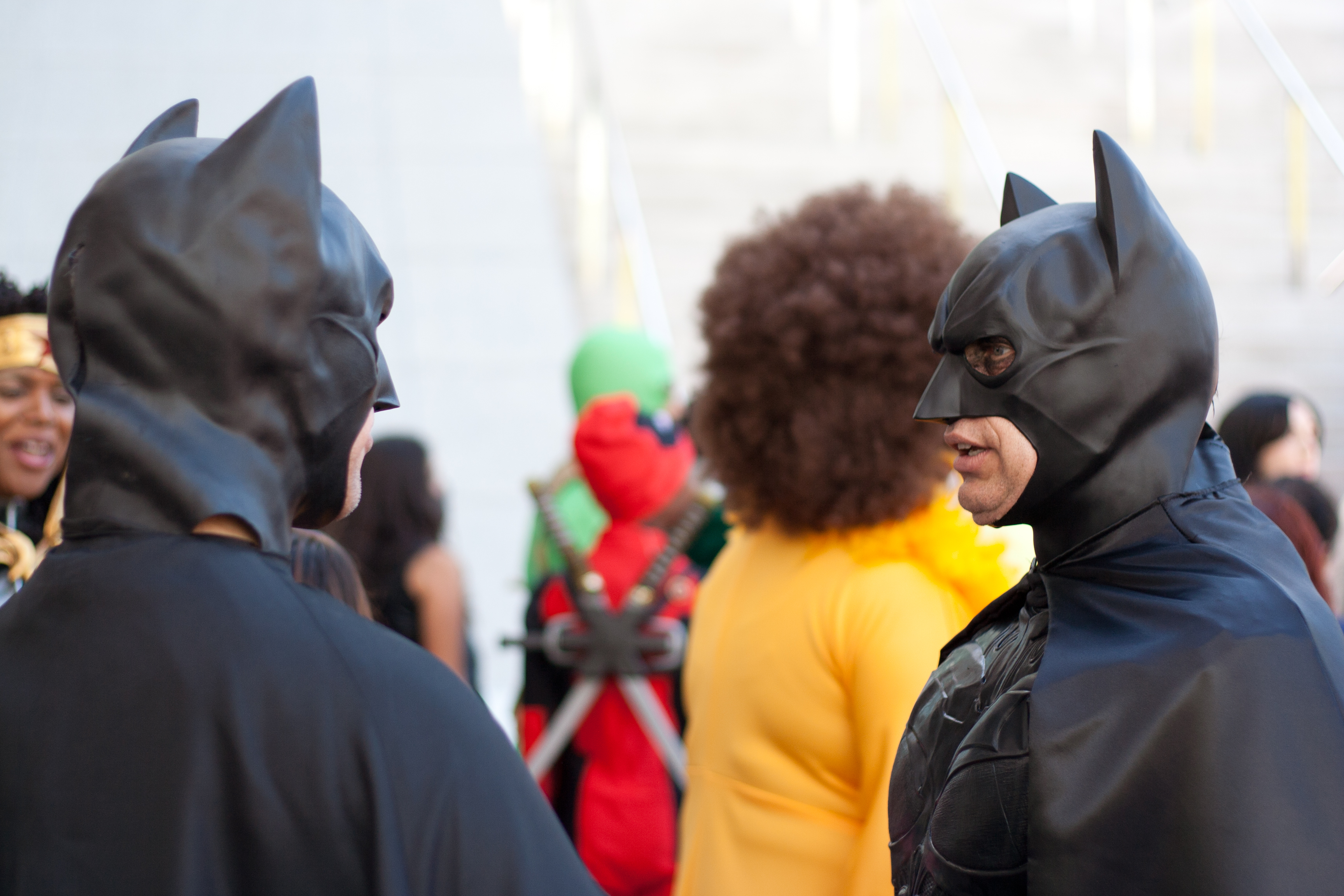 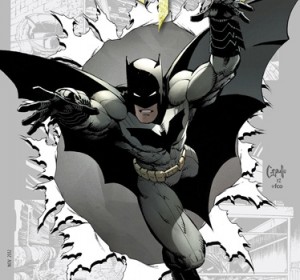 Last month I ended my Batman pull at my local comic shop. (Which ends my “I’ll stay with Batman if Snyder’s on the book” stance from last year) I guess it was just bad timing, but the New 52 killed my three year experiment with DC Comics. I’ve mentioned this before (and it’s in the author bio), but, quickly, I got back into reading comics monthly through discovering (and getting addicted to) Gotham City Sirens at my local comic shop. While I’d been slowly laying the groundwork for getting back into comics via trades at the local Borders, it was DC Comics that got me back into the monthlies.

Thanks to the Internet and sites like Comic Vine, I was able to quickly make sense of the DCU that was vastly different from what most casual DC fans (DC Animated Universe or movies-only fans) knew. And while it was certainly complex, I don’t think DC was in the same situation they were in back when they did their last reboot. Thanks to the above resources, it was pretty easy to get caught up. Comic Vine’s comics wiki not only includes character backstories for pretty much all comics characters, but it also includes backstories for all the alternate universes. So the Superman article would tell you about Earth Prime Superman, Earth-2, Earth-3, …. Earth-52 Superman. They also tend to include all the major Bronze Age storylines, so it’s easy to get caught up without having to buy a bunch of trades.

Not only was it easy to get caught up, but I really enjoyed the universe I found myself in. As someone who, through the DCAU, was always more of a Batman fan than any other character, I threw myself with abandon into the Bat-Family titles. What I found was great! Batman and Catwoman had a complicated and mature (for comics) relationship. There were two Batmen! Dick Grayson had been promoted and, thanks to amazing writers like Scott Snyder, was his own unique Batman – not just a younger Bruce. Speaking of Bruce, the man who had adopted five or so children (to various official degrees) finally had his own biological child and a neat tension existed there that spoke to, among other things, the tension of biological and adopted siblings. And he had two tech-savvy members of his family – the younger and more impulsive Red Robin and the older and more mature Oracle. And world-wide Batmen via Batman, Inc!

Then, a few months later The New 52 happened. Like others, I hemmed and hawed. But, I gave it a shot. My comics buying expenses ballooned as I tried new books like Superman, Justice League, Teen Titans, and Action Comics. DC did some pretty great stuff with their early Batwoman issues. Scott Snyder’s Court of Owls story really hit it out of the park. As I linked at the top of this post, a year ago I decided I was only going to pull Batman. But last month I decided even that wasn’t going to cut it anymore.

The main culprit was the New 52 timeline (which I’ve railed about before), but the secondary culprit was Snyder’s Year Zero story arc. I’ve said it before, but what always drew me into comics was not Super Hero fantasies, but rather an exploration of the humanity behind the hero. This is what drew me to Marvel with Peter Parker constantly questioning whether he was doing more good than bad and the X-Men who were dealing with being young adults, heroes, and objects of hate. It is what makes Watchmen such a breakthrough comic for me. It may have meant all kinds of things to those who read it when it first came out. But to me, it was my first introduction to the comic book super hero as  a fatally flawed human being. DC has typically struggled with this, but Batman’s often come closest. Sure, he’s a trillionaire (stupid inflation!) orphan who owns the company that makes his toys, but he’s also just a human with above-average intelligence and fighting skills. There’s another way we relate to Batman: as father figure.

Many people have written about both the positive and negative aspects of Bruce Wayne/Batman as a patriarchal figure. The negative aspect is best summed up by this Matt Fraction quote:

The older you get, the more you live in the world, it’s impossible not to look at Batman through class and race. Batman is a rich white billionaire who beats up poor brown people and the mentally ill. That’s weird, right? Kinda weird. A billionaire, punching poor people.

But it’s through his literal family that I found entry into Batman, both in the cartoons and in the comics. On the most basic/classic level there’s his need to save other orphans and unfortunate children due to his childhood. Then there’s his mentorship of some of those same children and outsiders like Barbara Gordon. He’s tough, almost emotionally/verbally abusive at times, but he truly cares about those that work with him. (Does that excuse it? Could be a whole other blog post) Then there was the Bruce and Damian relationship. During the time I started reading comics I became a father and my view of that relationship changed. And Tomasi was even having Bruce reconcile with his parents’ death.

But the New 52 screwed all of this up. Everyone’s relationships were thrown away. The dodgy 5-6 years of Batman made his emotional connection (and timeline) with the boys an absolute joke. In short, DC took the entire reason I was reading Bat-Family books and threw that away. Still, I stuck with it as they came up with modified versions of the old relationships. A lot of it stayed, like Damian being a jerk to the other former Robins. Some of it was reduced in scope, like Damian and Dick’s GREAT relationship (one of the best things Morrison ever did to the Bat-Family).

The crack seams really started to show with Death of the Family. I enjoyed the heck out of the Batman/Joker interplay. Outside of some of the stuff Morrison did during his run, I think it’s one of the best Batman/Joker sets of interactions ever. Every chess move between them was expertly done and Snyder deserves so much credit for that. But, with DC having broken all the old relationships and not quite doing an adequate job explaining how it all fit together again in the New 52, there was a sense of so-what to the conclusion. Oh, I FELT the rejection the members gave Bruce in that last issue, but on a one-on-one level it didn’t quite hit as hard as if they’d had all those years together like they did before. (Shoot, DC had even retconned the retcon when the trade version of Teen Titans had Red Robin never having been regular Robin – which somewhat negates the whole fight he had with Damian…)

But, I think, the nail in the coffin actually wasn’t directly DC’s fault. It was the shift from Death of the Family to Year Zero. (After some issues dealing with Damian’s death….ugh) Actually, I don’t know if DC told Snyder to do this because there was so much confusion in what happened in the New 52 or if Snyder just saw his opportunity to do his own Year One. Now that Year Zero’s been over for a few months, I’d like to take a look at it as a whole and whether I felt it was a successful new origin story for Batman, but I don’t want to do that here; it’ll be a future post. The reason for that is that it doesn’t matter whether or not Year Zero was good. It’s that it completely interrupted the flow of Batman. We’re left without feeling the true consequences of Death of the Family. The jump to the past in the middle of Snyder’s Magnum Opus run to its detriment. It certainly threw off my momentum to the point where I just decided to quit.

At this point I think I’m done with New 52 Batman in all the comics in which he appears. I just can’t find an entry point into this Batman. Where I think I can get behind Batman again is in a graphic novel. Not a trade – a graphic novel. What’s a novel? Well, it’s a self-contained story. Sure, some novels (like A Song of Ice and Fire) are more like long story arcs, but when executed correctly a novel that’s part of a series still has a beginning/middle/end in which the end satisfies the goal set out in that book; larger goals may remain unattained for now. I know people mention this book to death, but A Killing Joke is a perfect graphic novel. You just need to know the basic characters – Batman, Commissioner Gordon, and Joker.

What about you, dear reader? Please hit me up in the Comic POW! comments to let me know if you agree or disagree. I’d love to have a conversation.