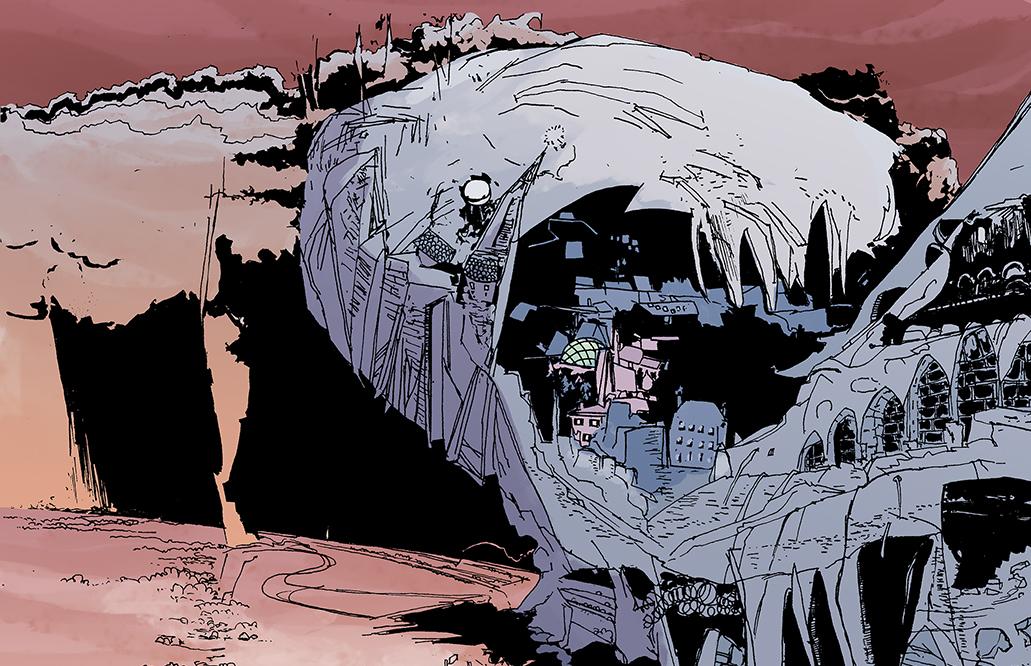 Genesis is a 64 page one-shot book; a graphic novel in the purest sense of the word. It is a perfect example of what I find terrifying about what the current wave of self-help gurus claim. About ten years ago my father had me listen to Deepak Chopra, Tony Robbins, and many others. They each take the idea of positive thinking to the next level. The gurus claimed that the world obeys our thoughts. Whatever we put our intentions and attention towards would happen. When it comes to your own actions, that’s nothing really special. It aligns with what psychology tells us about ourselves and how our subconscious works. But the self-help teachers claim various degrees of influence over the world around you. In a way this is no different than prayer. What is prayer, but a focused attention on a goal you want? However, prayer as I learned it in American Protestantism is governed by an important rule – you can pray for whatever you want, but God will only grant you what is good and proper. In other words, praying for bad things to happen to your neighbor because he let his dog poop in your yard will not yield results. There’s something quite reassuring in that thought. It both focuses you on the positive and lets you know that others can’t effectively pray for your harm.

The attention and intention gurus offer no such promises. Which leaves one with a burning thought. What if I fixate on the wrong things? What if I can’t help it? What if my brain just fixates on the wrong thing and suddenly people around me are getting sick and maybe even dying? What if I’m sabotaging myself with my thoughts because my brain refuses to let go of the negative?

These are the deep thoughts explored by this story as our main character finds himself suddenly endowed with the power of his thoughts becoming manifest. Adam struggles with the results of apathy, directed thought, and obsessive thoughts that he can’t control. It’s really impossible to explore much more without giving away key points of the story.

Alison Sampson does an incredible job with the art. Jason Wordie’s colors do an great job setting the mood of the book. The palettes change from before he gets his powers to afterwards and  as he deals with the consequences. Additionally, as things become more surreal Sampson has the world lose detail in certain areas. The world begins to feel like it could crumble at any moment. It’s a perfect argument for how comics are a special kind of art separate from books; the same story wouldn’t have the same impact as a text-only story.

Genesis is worth getting because it is a comic that will cause you to truly stop and think about the nature of our world. What if we truly could affect things with our thoughts? Would we want to live in such a world? Even if we were the only ones with powers? The book is having a limited run, but you can check your comic book store on 16 April. If you don’t find it there, your best bet will be Comixology. But if you go to this page, the creators will update all the ways you can get it.