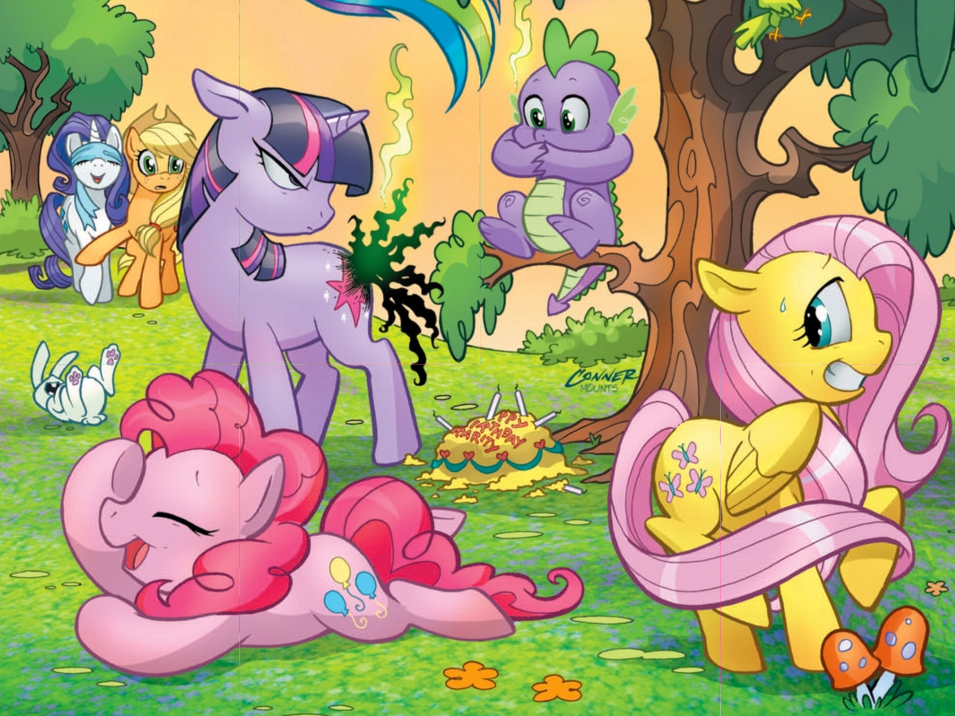 If you’re into digital comics and you’re on a budget, I’ve got two great pieces of news for you.

The first is that comixology is doing a Summer Reading List giveaway. Each day, they’re giving away a different comic, completely free. Each free deal is only good for a day, so you do have to log in each day to get your freebie, but they have an email list that’s free to join for daily reminders. So far, they’ve given away Detective Comics #871, which is the first issue in The Black Mirror, my very favorite Batman story of all time; Magnus: Robot Fighter #1: Digital Exclusive Edition, which is the first issue of the relaunch of Magnus: Robot Fighter from earlier this year; My Little Pony: Pony Tales Vol. 1, which collects the first six issues of the My Little Pony comics for over 150 pages of Ponies; and Lumberjanes #1, which I’ve already spoken about at length and highly recommend to everyone who hasn’t yet picked it up.

While comixology doesn’t announce ahead of time what they’re going to be giving away, it’s a good bet that they’ll hit upon something for everyone. The first four days have shown what a diverse collection they’re drawing from; I can only imagine that the collection will continue to expand over the next couple of weeks during which this promotion is running. I highly recommend signing up for the daily announcement newsletter – even if you only end up grabbing one thing while the giveaway is running, that’s still a couple of bucks in your pocket.

Also worth noting from comixology: they’ve always got some free comics up for grabs, including a lot of this year’s FCBD issues. It’s worth checking out what they’ve got in their free stuff bag every once in a while, as it changes a lot and you’ll never know what you might find.

Enter the other bit of great news I have for you today: Humble eBook Bundle IV is a collection of graphic novels, novellas, and trade collections that are sold on a pay-what-you want basis, and this bundle has some seriously good material. The bonus? All of the items are in their own self-contained DRM-free PDF files, meaning you can download each of them and take them with you wherever you go. And, in case you’re worried about your hard drive crashing and losing everything, Humble Bundle lets you create an account, so you can log in and re-download anything you’re purchased in the past. (Humble Bundle also sells software on the same model, if you’re interested in that.) As an extra bonus, part of the proceeds of this Humble Bundle sale are donated to the Comic Book Legal Defense Fund – and you get to decide how much of your purchase price goes to them, how much goes to the publisher, and how much goes to Humble.

Another interesting thing about the Humble Bundle: you pay what you want, but paying a little bit more gets you more stuff. For instance, you could go to the site right now and pay a dollar, and you’d get downloads of Wizzywig: Portrait of a Serial Hacker by Ed Piskor, March: Book One by Congressman John Lewis, Andrew Aydin, and Nate Powell, and The Sword & Sorcery Anthology, edited by David G. Hartwell and Jacob Weisman. The first two are graphic novels; the last is an anthology of nineteen fantasy stories. March: Book One is an incredibly significant work, and I’m absolutely positive I’ll be returning to it in the future; I’d honestly say it’s worth getting the entire bundle just for a copy of that.

But wait, there’s more! If you pay above the average price per bundle – which was $9.58 when this article was published, but is always changing, due to people paying different amounts at all times – you’ll get an additional four items: From Hell by Alan Moore and Eddie Campbell, Wizard’s First Rule by Terry Goodkind, The Alchemist by Paolo Bacigalupi, The Executioness by Tobias S. Buckell. Only the first of these is a graphic novel, but fans of Alan Moore and/or Eddie Campbell will tell you the same thing about From Hell that I’ve said about March: Book One: it’s worth the price of admission for that alone.

And in case that wasn’t enough, there’s a third tier: if you pay more than $10, you’ll also get Jam by Yahtzee Croshaw and Lovecraft’s Monsters: Anthology, edited by Ellen Datlow. Jam is a novel and Lovecraft’s Monsters: Anthology is, obviously, an anthology, but if you’re already planning to pay the nine-and-change for the second tier, it makes sense to go the rest of the way for these additions.

Humble Bundle times their collections, so they’re not on sale forever; this one ends on 11 June 2014. One of the neat features of Humble Bundle, though, is that they tend to add incentives to purchases as time winds down. Given their track record, I’m willing to say they’ll put at least two more things into this bundle before time runs out – and you don’t have to wait to see what they add in order to get those things, either. If you buy it now, and they add something later, they’ll add it to your online account without you paying more, so you can just log back in and grab it then.

Comics are great, but free and cheap comics are even better. With offers like these, you’ve got tons of affordable comics at your fingertips – or at the fingertips of someone who you’re trying to get into reading comics. This might just be the thing you need to bring someone else into this amazing medium. Hey, it’s worth a try, right?