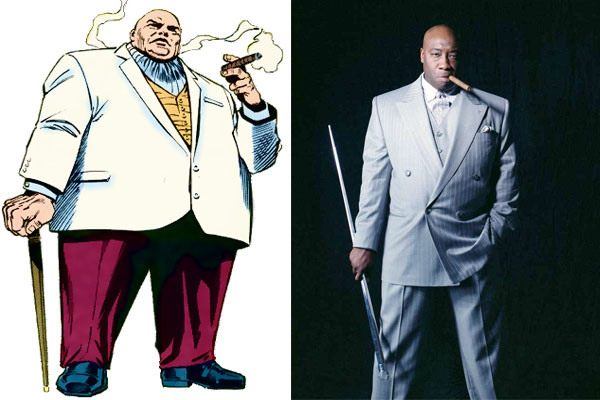 The internet is abuzz about the recent news by 20th Century Fox to have Johnny Storm played by an African American actor in the next Fantastic Four movie. The featured image of this article should be a reminder that this isn’t the first time we’ve had this happen. Of course, that flip’s nowhere near as famous as the Nick Fury race flip.

Of course, unless you’ve been living under a rock for the past few years you know that Samuel L Jackson has been playing Nick Fury. Until the creation of the Ultimate Comics universe, Nick Fury was always a European American. Although Fury plays an outsized role in the Marvel Cinematic universe, he’s always been more of an ancillary character in a lot of Marvel’s major comics. Johnny Storm would be the first main character with a race flip. Is this a good or a bad thing? It’s complicated.

Unfortunately, we’ll never know Fox’s true reasons for doing this – as a major corporation they’d never be completely honest for fear of backlash from someone. But in the end, I doubt it matters why they did it, just what the consequences of the flip are. Let’s look at the positives first. It’s no shocker that there aren’t too many super heroes that aren’t of European descent. It makes sense – the longest running DC characters were created in the 30s and 40s and even though Marvel came of age in the 60s, it preferred to tackle race issues through the metaphor of X-Men’s mutants. Both companies have struggled with characters of other races (not just African American) who aren’t merely defined by their race. (A problem we see repeated with sex and gender issues nowadays) The DC Animated Universe’s Green Lantern and the comic and movie’s Lucius Fox are great counter-examples. Characters who neither ignore their race nor are defined by it. To expound on what I mean, when watching DCAU’s Justice League we don’t see any conflict between the heroes not understanding Green Lantern’s point of view. But, it’s not completely ignored, he does take steps to be a role model for other African American kids. And, given that the lantern works for those who are of good character, I think he can indeed be a role model. (Whereas no one can aspire to be Superman) Marvel, for their part, has done a good job turning Luke Cage from a Blaxsploitation character into one of the most visible African American characters in the main universe. He’s even one of the few characters in a biracial marriage. So an African American Johnny Storm would be a first-class super hero rather than one of the side characters.

I’m not going to call the following negatives – rather I’ll say they’re challenges that Fox’s Fantastic Four script writers need to overcome. The Fantastic Four’s nickname in the Marvel Universe is the first family. The family aspect is one of the key dynamics of the team that makes them different from pretty much every other team in comics. From what I’ve read so far, there are no plans to have Sue Storm played by an African American actress. I think that’s tragic considering there are even less top tier women of color super heroes than men. Perhaps a biracial Reed Richards/Sue Storm marriage is a bridge too far? I’d hope not in 2014, but who knows. The problem if she is played by a European American is that she’s either not Johhny’s sister or they’re adopted. (Or step or half siblings?) And we already have Ben Grim as the outsider in the traditional family sense. He’s Reed’s best friend, but he’s often the outsider in most of the comic’s stories. His team mates are all also mutated, but they look like regular humans while he looks like a monster. So not only does he look different than they do, he also isn’t bound by blood or marriage. He’s also not quite as smart as Reed which is also a reason for tension. And that’s an unfortunate sentence to have juxtaposed with this one: as the already outsider character it would have made more sense for him to be the one of a different race. So if Sue and Johnny aren’t natural siblings, I would argue the writers need to go to great lengths to show how bonded they are to each other as siblings. If they aren’t siblings at all, it also changes the dynamics of the team – three men competing for Sue’s affection. Not that it couldn’t work, but it’s not really Fantastic Four in my eyes. In light of what I mentioned above, the writers would also want to make sure they team dynamic wasn’t changed too much by poor writing that relied on African American stereotypes. There aren’t really any class or race tensions on the team and, again, while that’s a great story to tell – it’s not Fantastic Four. There shouldn’t really be any “Reed, you’re not black so you don’t understand” lines or jokes. It also undermines team cohesion.

So, on balance, while I think it’s arbitrary to change a character’s race – why not make the entire team African? Or someone Asian? Why not flip everyone’s sex? – I don’t see the need for all the hullabaloo. I think IF Fox can get capable writers for the movie, we don’t have to worry. The race flip will be transparent. It’s only if we get lazy or bad writing that this could turn out disastrous.