Batman is a Hoarder

I came across this awesome parody strip which Kerry Callen even took the time to make look as though they were from an old Batman comic about how Batman is a hoarder. It’s funny because my wife and I were just having a conversation about all the crap in the Batcave and how some artists make sure to include it all and others leave the Batcave a bit more spartan. 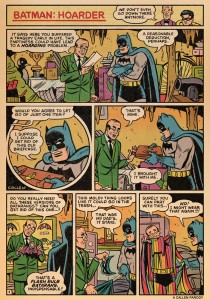 Batman is a Hoarder – by the way, the items on the bottom three panels are actual items from Detective Comics! 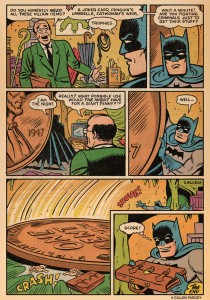 2 thoughts on “Batman is a Hoarder”