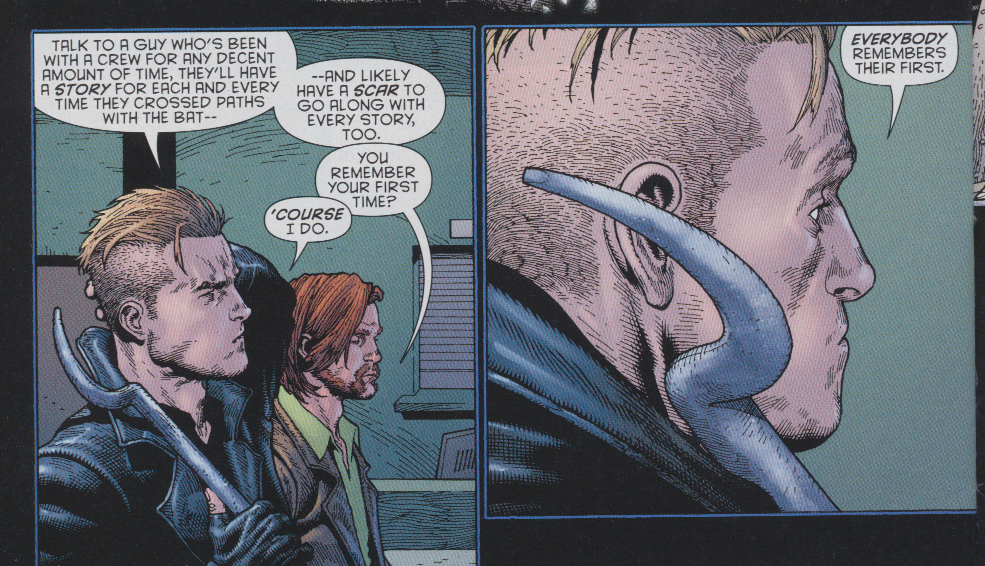 I did not like Detective Comics under Tony S Daniel’s short run.  It just wasn’t a good time for him.  He had to assume the mantle on Detective Comics after Scott Snyder’s phenomenal run.  And Snyder has also been going gangbusters on Batman.  This was not a time for anyone writing Batman that wasn’t in the top tier.  So I stopped reading after the first story arc.  Then, a few months ago I heard that John Layman of Chew was going to be taking over the writer’s chair on Detective Comics.  This was something that for the next two months I had an impossible time wrapping my mind around.

Sure, there’s some overlap between Batman and Chew.  They’re both sleuths.  They both exist in ridiculous worlds.  Chew has demonic chickens named Poyo while Batman has villains made of clay.  But while Chew can certainly bring the drama and bring it hard, it is a comedy.  It’s a hilariously absurd world filled with people with all kinds of powers revolving around food.  How the hell was this going to translate to Batman?  The answer: extremely well.  I knew I was in for something great when I saw the first page.

So, Batman was going to bring the funny.  I think this is perfect because, in a way, it’s yet another demonstration of the thesis that Joker and Batman are two sides of the same coin.  You could almost see them both commiserating over the hilarity of how Batman is keeping the medical field alive in Gotham.

But there are two other important things that Layman does in this issue.  First of all, he shows the master detective in Batman as he figures out that someone is trying to keep him in a certain segment of town.  Under Tony Daniel it felt weird that it was called Detective Comics while being more action-oriented and containing less Detective work than Snyder’s Batman.  Layman shows Batman’s train of thought as well as his resourcefulness as he calls in Nightwing to help him out.  The other thing Laymen does is to bring more Bruce Wayne into Detective Comics.  It’s a tough call because we only get about 20 pages a month to tell a story and people don’t pick up a Batman book to read about a playboy trillionaire.  But it’s good to remind the reader that Batman actually has a double-balancing act.  He needs to be Batman, but he also needs to be Bruce Wayne to keep people from guessing that he’s the Batman.  There’s been a bit of this in The Dark Knight under Gregg Hurwitz’s run, but I think Laymen does it best.  (For Snyder it was mostly a setup for the beginning of the Court of Owls)

While I knew I was in for something great with the first page, what sold me on Layman (and getting back into Detective Comics) was the backup story.  The premise is not original – two people talking about the legendary Batman.  We’ve seen it in comics and animation and we’ve seen it with kids and villains.  But the dialog that Layman writes for the two characters here is as hilarious as can be while still being a Batman comic.  With lines like “you never forget your first time” drawing absurd parallels between sex and being beat up by Batman and the advice to the new henchman not to do things that put him on Batman’s radar, it’s the perfect short story.  In fact, I love that Layman even gives us this henchman story.  All too often the henchmen point of view is left to satire and parody, but it can be quite fun to understand what these men and women (mostly men) think about working for these villains.  After all, they know Batman will eventually get them.  They know the villains they work for are a little unhinged.  While the premise could easily get old very quickly, I hope it’s something that Layman returns to every now and again.  I mean it really does reach to about 70% of the way to being a Batman version of Pulp Fiction and that’s an awesome idea.

So great job Layman, you’ve gotten me back onto Detective Comics and good job DC Editorial for taking the gamble.